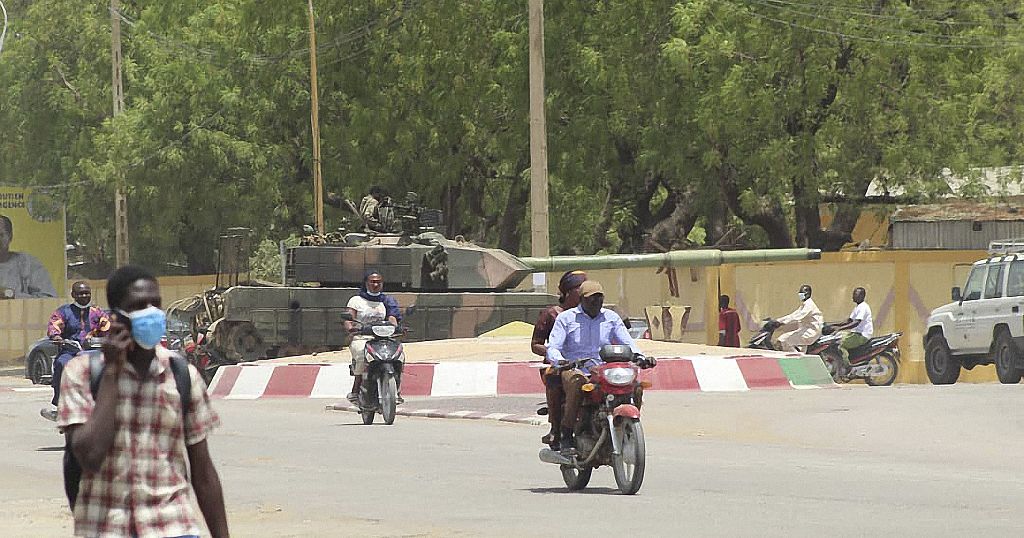 The death of President Idriss Déby Itno, who had been in power for 30 years and was a key Western partner against jihadists in the Sahel, has opened a period of uncertainty in Chad, where rebels have vowed to march on the capital N’Djamena.

A Transitional Military Council (TMC) chaired by General Mahamat Idriss Déby, 37, son of the late president and until then head of the feared Presidential Guard, the regime’s praetorian guard, has dissolved the government and National Assembly.

The TMC vowed that new institutions would emerge after “free and democratic” elections in a year and a half.

Mahamat Idriss Déby appointed the 15 generals who make up the CMT. In this decree signed by the son of the late president, the names of 14 generals known to be among the most loyal to the head of state are added to his own.

The rebels, who have been leading an offensive against the Chadian regime for nine days, have promised to march on N’Djamena and “categorically” rejected this military council. “We intend to continue the offensive,” said Kingabé Ogouzeimi de Tapol, spokesman for the Front for Change and Concord in Chad (FACT).

The national funeral of Idriss Déby Itno, who died on Monday according to the presidency, will take place on Friday in N’Djamena.

France “loses a courageous friend”, announced the Eysée in a statement, stressing the importance of a “peaceful transition” and its “firm attachment to the stability and territorial integrity” of Chad.

French diplomatic chief Jean-Yves Le Drian called for a military transition of “limited duration” that would lead to a “civilian and inclusive government. The French Minister of the Armed Forces, Florence Parly, said that France “is losing an essential ally in the fight against terrorism in the Sahel.

After having dismissed by intimidation or violence a few rare tenors of a divided opposition, Marshal Déby had been proclaimed on Monday evening – the announcement of his injury had not yet been made public – winner of the presidential election of April 11 for a sixth term, with 79.32% of the vote, an announcement ahead of schedule.

This career soldier, then rebel, who seized power by force in 1990, never ceased to present himself, often in battle dress, as a “warrior”. He was seriously wounded when he went to lead the fight against a column of rebels infiltrated from Libya at the age of 68.

Marshal Déby “took the lead in the heroic battle against the terrorist hordes from Libya. He was wounded during the clashes and died after being repatriated to N’Djamena”: a spokesman announced the news on state television on Tuesday.

A curfew has been imposed and borders have been closed.

Mr. Déby had overthrown Hissène Habré (in power from 1982 to 1990) of whom he was the former commander of the army. His presidential guard then severely repressed all opposition for years before he relaxed his regime and opened it up to a “controlled” multiparty system, according to experts.

He was promoted to the rank of field marshal last August for feats of arms after personally commanding an army offensive in neighboring Nigeria a year ago in pursuit of Boko Haram jihadists who had just attacked a military camp in Chad.

Idriss Déby’s regime was seen by the West, particularly France, the former colonial power, as a key partner in the war against jihadists in the Sahel. Chad, landlocked between failed states such as Libya, Sudan and the Central African Republic, is a major contributor of soldiers and weapons to the conflict.

The Chadian army also provides the UN peacekeepers in Mali with one of their main contingents and is considered the most experienced of the G5 Sahel joint force (Mauritania, Mali, Burkina Faso, Niger and Chad).

The history of independent Chad is punctuated by episodes of armed rebellion from the north, Libya and neighboring Sudan. Idriss Déby himself came to power at the head of rebel forces that stormed into N’Djamena.

Over the weekend, he joined his son Mahamat to lead the fighting in the north against the FACT rebel coalition.

On Monday, the army claimed to have crushed them, but persistent rumors had leaked out about heavy fighting that left many dead and wounded on both sides. The army acknowledged only six people killed in its ranks and claimed to have killed more than 300 “enemies.