Ibrah One said this on his Instagram story on November 5, 2022: “Otumfuo Nana Osei will fall sick and moved to UK emergency clinic however will not return.”

Aside from Ottumfuo’s ailment, Ibrah One has guaranteed in his doom prophecy that government official Kennedy Agyapong will before long die. Kennedy Agyapong is apparently experiencing a stroke and receiving treatment in the United States.

The social media commentator taking to his Instagram handle disclosed that the legislator and member of parliament for the Assin Central would before long be joining his ancestors and the news would cause ripple effects all around the country. 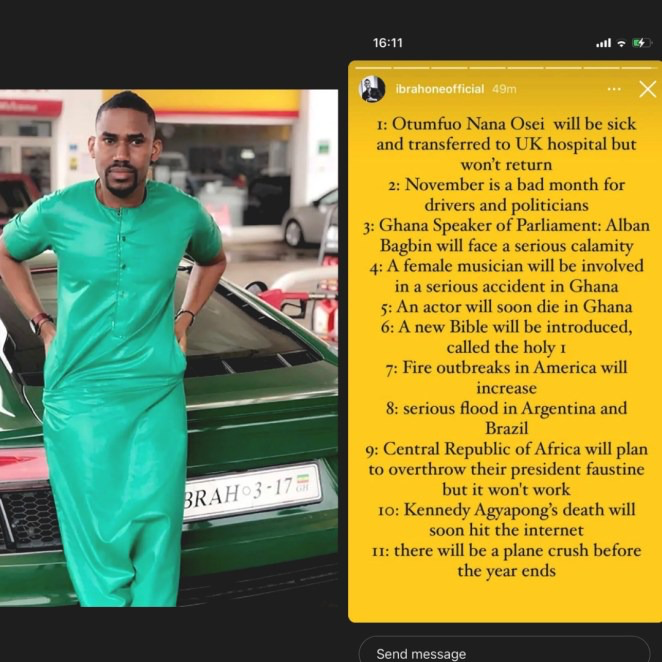 Ibrah One again added that Speaker of Ghana’s Parliament, Alban Bagbin will be confronted with a serious calamity.

As the year approaches an end, Ibrah says November will be an awful month for politicians and drivers, and that there will be a plane accident before 2021 closures.

He additionally added that an entertainer in Ghana will pass on and another Bible will be introduced to the world, which will be called Holy 1.

Once more, a female artiste in Ghana will be engaged in a serious road accident in addition to the defeat of the leader of the Central African Republic.