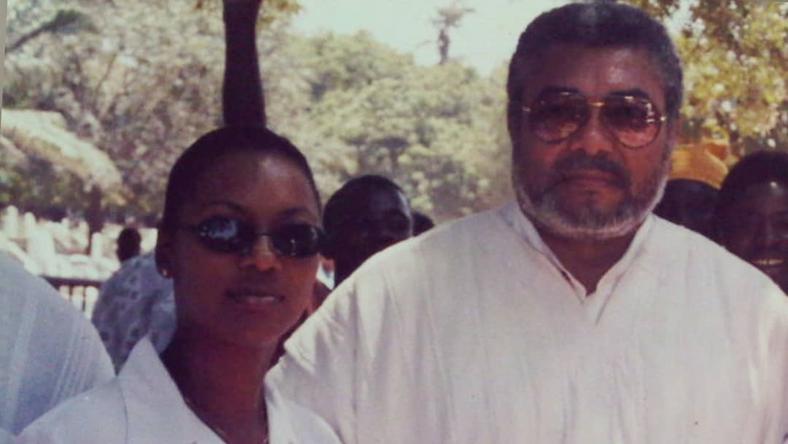 The final funeral and burial rites for late Rawlings is almost over. Over the weekend, a vigil was held at the Air Force Officers Mess in Accra in his honour.

Today marks the 3rd day of his funeral rites. A state funeral for the founder of the National Democratic Congress (NDC) will be held at the Independence Square on Wednesday, January 27, 2021.

Reacting to late Rawlings’ funeral rites, Pascaline Edwards says she has been in disbelief since his passing, but believed it when she saw him ‘lying there and not smiling, [and] not hearing your funny comments’.

She shared a rare photo with late Rawlings and accompanied with an emotional farewell caption: “I never believed you were gone till now! Seeing you lying there and not smiling, not hearing your funny comments……. Rest well Paapa, Rest well “Mortuary man”, till we meet again!”

The late Rawlings passed away at the age of 73 in the early hours of Thursday, November 12, 2020.

He is said to have died at the Korle Bu Teaching Hospital, where he was on admission after falling sick.