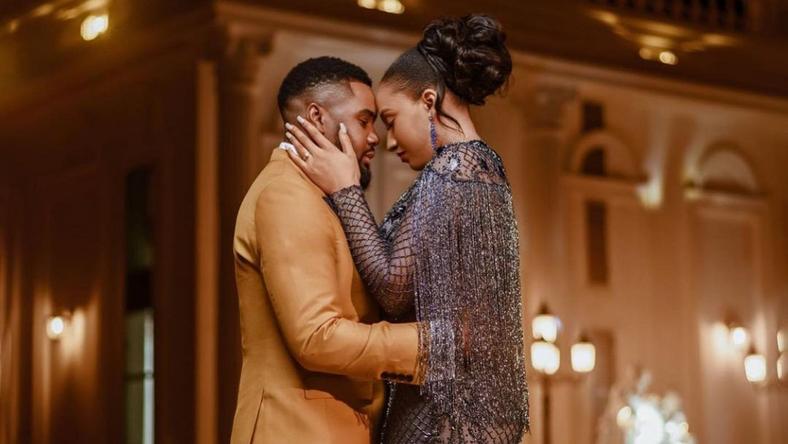 The medical doctor made this known via the Nigerian popular online wedding blog, Wedding Digest Naija.

She explained how she was randomly scrolling through Facebook back in 2016 when she stumbled on the video and started watching it.

“It was the evening of 22nd November 2016 when I was scrolling down on Facebook and randomly came across a video of a guy (Williams) preaching the gospel and advising the young people on the path to follow in life. The video was about 15 mins long but 30 seconds into the video I heard a voice saying “This is my husband!” she said.

“I had no idea who this guy was, never even heard of his name before but I felt the urge to message him on FB messenger just to encourage him to do more and never give up on his passion.”

“I immediately clicked on his name, noticed it was a “fan page” but didn’t think too much of it because I thought that maybe he was a motivational speaker of some sorts. So I messaged him but I was not expecting a reply.”

She went on to talk about how they finally got talking which became the norm every night and marked the beginning of their relationship.

“We video called each other a lot, we got to know each other more and more which was fun and easy because we felt like we’ve known each other for 10 years or more. We clicked instantly and I didn’t want to scare him off by saying “oh by the way the Holy Spirit told me you’re my husband” 🤣. I just let the friendship grow naturally and patiently waited for God to reveal that to him Himself,” she added.

The couple got married on Saturday, November 14, 2020, in Anambra state.