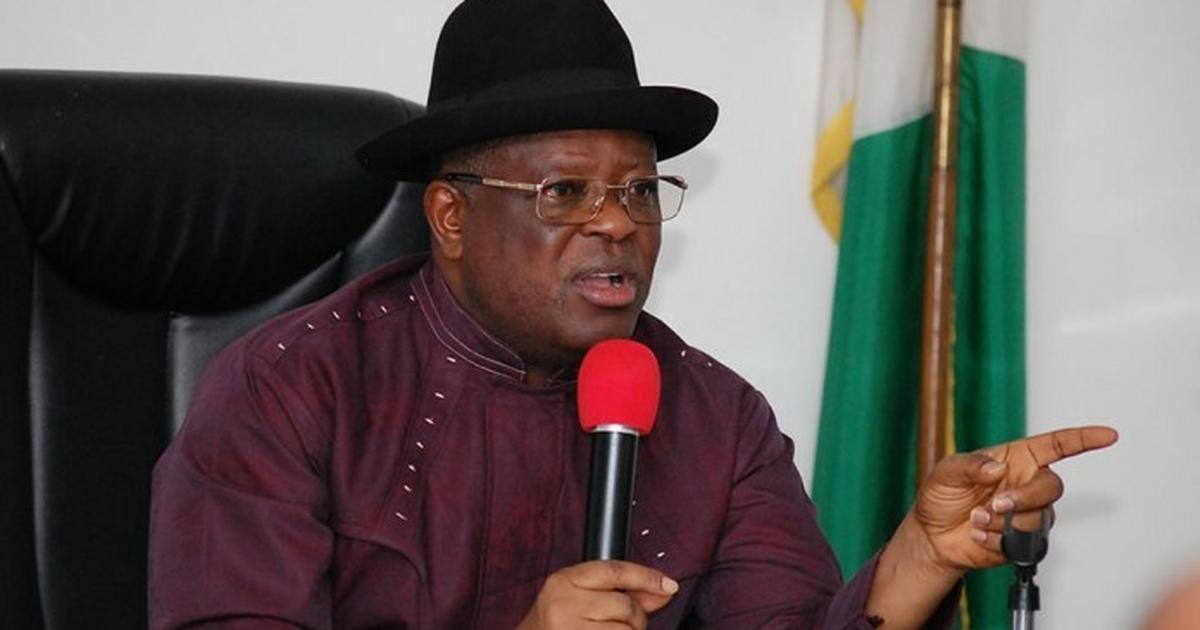 Umahi said this on Wednesday, while receiving the former Chairman of the Peoples Democratic Party (PDP), Alhaji Ali Modu Sheriff, at the Government House, Abakiliki.

Shariff was in the state to consult with the governor over his ambition to run for the National Chairmanship of the All Progressives Congress (APC).

He said he had no regret for his comment, notwithstanding the backlash from the public.

“When one person has a good heart and the rest of us do not and are not patriotic, no development can take place.

“You can see that my executive council members melted their hearts into mine, which made us have good hearts and achieve a lot,” the governor said.

He appealed to Nigerians to continue to support Buhari, saying that he is conscious of his integrity, which stands him out.

“I thank you (Sheriff) for informing us of your decision to contest the APC national chairmanship but the president, who is the leader of the party, has a role to play.

“He is the only one that can take a decision but if it is thrown open, you are my choice.

“The president can say in the interest of the party, let another person be there, we will obey him,” Umahi said.

He commended Sheriff for his role in stabilising PDP, adding that his mind left the party the moment Sheriff was unceremoniously removed.

In a speech, Sheriff said he decided to inform Umahi of his decision to contest the APC national chairmanship because he is a “political Iroko” in the South-East.

“You are very influential in APC and your fellow governors and leaders across the country rate you highly for your infrastructure strides, among other achievements,” he said.

He called on Nigerians to stop zoning the presidential seat, saying the best candidate that would deliver the good should be considered and supported.

“It is however, not the time to talk about the next president because an incumbent is still in office and should be supported to accomplish his goals,” Sheriff, a former governor of Borno, said.