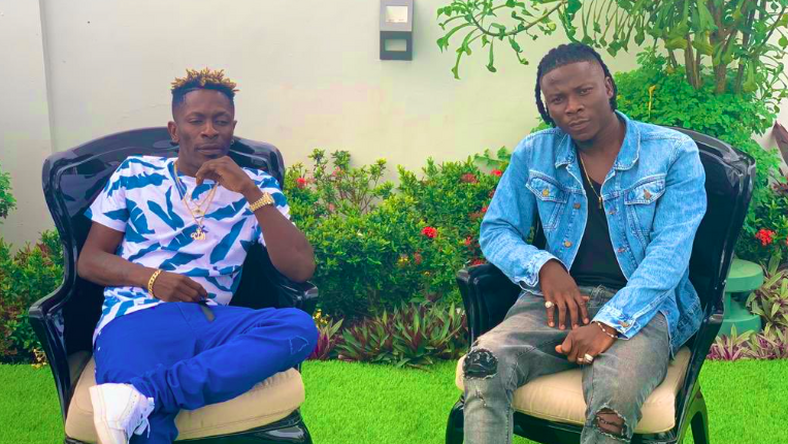 According to the “Already” singer, he was invited for an interview on eTV some years ago with Stonebwoy and during the interview, the Bhim Nation President refused to credit him for his success when the host asked him to name those who supported him.

He said he was pissed when Stonebwoy excluded him from the list, knowing how much support he had given to the afro-dancehall star on friendly and professional level.

Shatta Wale revealed this during an interview on Kwaku Manu’s “Aggressive” interview.

“We appeared on an interview on eTV,” he recounts. “And during the interview, he was asked to give credit to people who helped him on his rise. He refused to mention my name.”

He said he confronted him when the show went off air.

“I approached him and told him that when I heard of you, you were bragging on Adom FM in Tema. I met you one day on Adom FM and out of 12 callers who called in, only one person praised him and said he shouldn’t compare himself to Bandana,” he said.

“From there he became my friend. He used to visit me at Blue Lagoon [Dansoman] where we recorded and hanged out on the regular. So, when he was asked on TV to give credit and he excluded me, I was angry. I was like ‘what kind of fame do you want?’”

“And in this world, what goes around comes around. So, if God has put you somewhere, don’t look down on others. I’m a straightforward person so I blasted him right away,” he added.

The two are back together, and recently, they battled for supremacy at Asaase Radio’s “Sound Clash” concert.