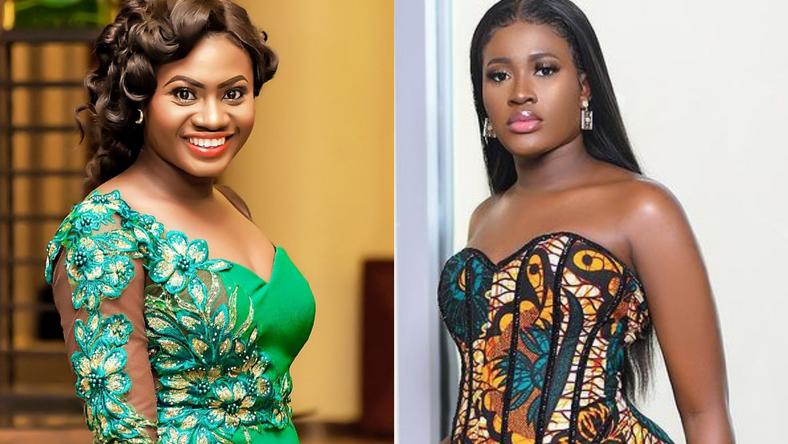 Last week, Martha Ankomah appeared on Kingdom FM where she claimed that majority of Ghanaian celebrities live fake lifestyles on social media and that they should disclose their side hustles, else it will put pressure on the youth. She also said those lifestyle don’t reflect their earnings from film roles.

Reacting to this, Fella Makafui has said celebrities can survive on only acting and this is possible when one’s brand is solid.

“Of course, we can survive with acting. We all have different brands,” she told Nana Ama McBrown on ‘United Showbiz’ show over the weekend.

“You [Nana Ama McBrown] are a role model and I haven’t seen you opening a shop, but I see you acting and all of that. So, if acting has brought you this far, why can’t it help others make ends meet?”

She said meagre fees paid to actors has created the impression that Ghanaian stars can’t live bougie but in other countries, like Nigeria, the case is different.

“I think Ghanaians have this mentality that actors are not worth the lifestyle we live because the film industry doesn’t pay. In other countries, they pay very well. When I shoot a film in Nigeria, I get paid well. They even pay me in full because before I get to Nigeria to shoot the film. Everyone has their brand; that’s how I see it.”

Medikal’s wife also disagreed with Martha Ankomah on the fact that celebrities should show ownership of the luxury cars to post on social media.

“I’ll not agree with her if she says we should show ownership of cars that we post on social media. Sorry to say, you [Nana Ama McBrown] are an actress and I’m an actress, but when they call both of us for film roles, they are not going to pay us equal fees. Obviously, you are going to get higher amount than me.”

“That’s why I said previously that branding and talent play a role in determining your value. So, if you are A-list or B-list and you feel someone doesn’t deserve the lifestyle they live, then it’s because of the way they carry themselves. I’ve been on the same job with a couple of people and I have been paid more than them,” she concluded.