Zapp’s comment came after he shared his reaction to a story about a non-binary British influencer who hit back at criticism after undergoing multiple surgeries to look like a Korean. 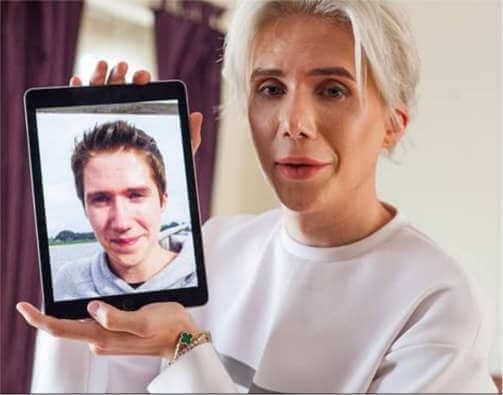 In the report by nzherald.co.nz, they continued that ” that’s just my culture, that’s my home country. That’s exactly how I look now, and I also identify as Jimin – that’s my Korean name.”

Oli London also claimed “TRANSRACIAL is a thing“, tweeting: “I invented it! If you can be transgender you can be TRANSRACIAL,” a comment that may have hit Zapp Mallet so hard, hence, his wake up call that he is also German trapped in a Ghanaian body.

“Feel I’m a German trapped in a Ghanaian body…” Zapp Mallet tweeted. In the statement that appears to be a light joke, he called on the German Embassy to come to his rescue. “I’m appealing to the German embassy to help me come out of this Ghana body oo…” he added.

The tweet by the record producer has sparked humour on social media and also attracted headlines for some tabloids that he says have misconstrued his statement to mean something different.

“I was misquoted. I didn’t use the word country. I said body and in case you’ve forgotten, body and country are 2 different things.” He later warned in the Facebook post below that some Ghanaian bloggers would be sued one day for misquoting.