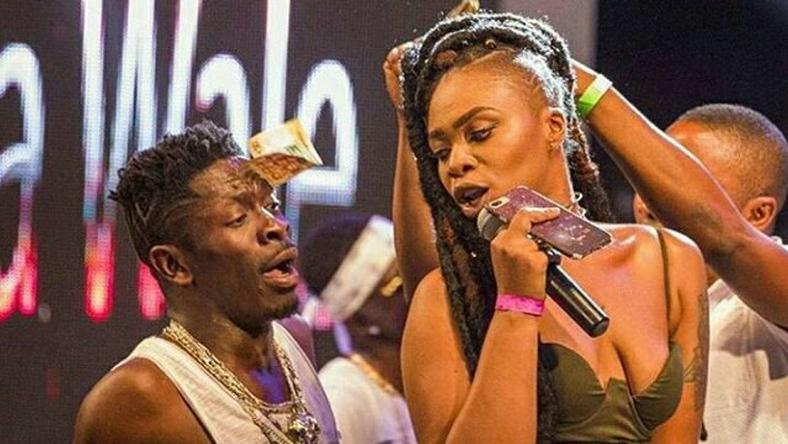 Shatta Wame and Michelle, popularly known as Michy, started life together from the scratch and had a beautiful son but uncertainties of life struck their enviable love life.

Despite giving Shatta Wale every support and facing hardships together, Michy called it quits over some cheating allegations and moved on immediately.

And after breaking up with one of Ghana’s richest musicians, Michy says she has achieved a lot, including acquisition of two homes within two years and enrolling in law school to become a lawyer.

She revealed this while responding to radio host AJ Poundz who called Michy out, branding her ‘unserious’ for ditching Shatta Wale.

She said advisers like AJ Poundz is the reason why ‘women are stuck in unfulfilling relationships’, adding that ‘the fact that I built something with someone doesn’t mean he owes me’.

“Dear @ajpoundz_gh ,pls don’t project your fears on me. My only advisor was God(intuition) & you’re not wiser than Him sis. It’s cuz of advisors like you that women are stuck in unfulfilling relationships. The fact that I built something with someone doesn’t mean he owes me, let’s not feel entitled. If I could for someone, I can equally do same & more for myself with the help of God,” she said on Instagram today.

She then dropped her achievements after ditching Shatta Wale: “For a girl that left all her belongings behind to acquiring 2 houses in less than 2 years of being single, enrolled myself in law school amongst other blessings, me sef I shock give God(In His time He makes all things beautiful) & I’m really enjoying His endless wonders . I doubt you’re done breastfeeding your baby, focus on tha.”