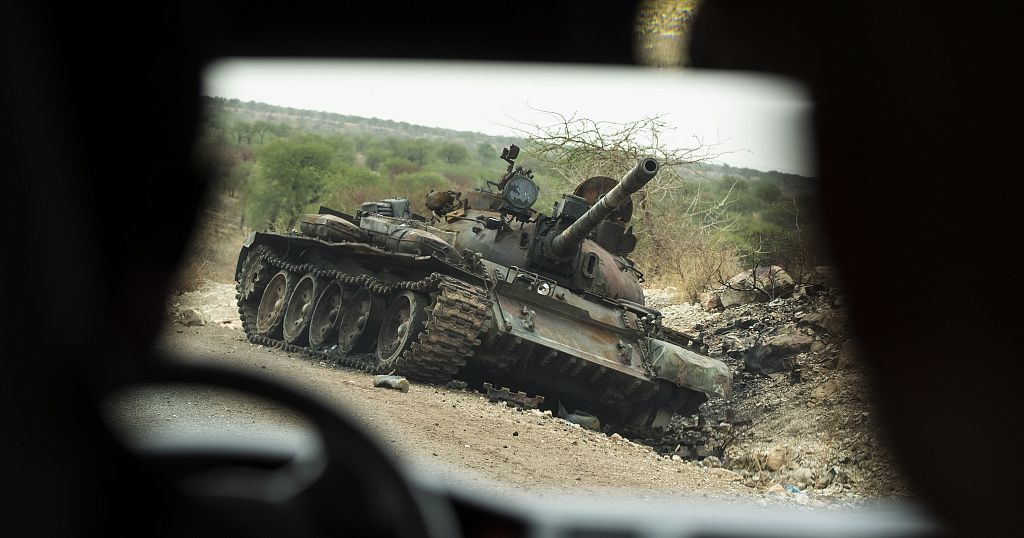 On Thursday, NGO Human Rights Watch (HRW) called on the Ethiopian government to investigate the January bombing of a school which housed displaced people in the region of Tigray. Tigray rebels accused governmental forces of carrying the attack that killed at least 57 civilians.

“The Ethiopian government should carry out a prompt, thorough, and impartial investigation of the apparent war crime and appropriately prosecute those responsible“, a HRW statement read.

Human Rights Watch (HRW) on Thursday called on the Ethiopian government to investigate the deadly January bombing of a school housing displaced people in the war-torn region of Tigray, and to punish those responsible for what “amounts to a war crime“.

On 7 January, “what appears to be an armed drone dropped three bombs” on a school “housing thousands of displaced Tigrayans” in the town of Dedebit, “killing at least 57 civilians and injuring more than 42,” the statement went on to say

“The Ethiopian drone struck the Dedebit school three times, killing and maiming displaced Tigrayans, mainly old men, women and children, who were asleep in tents made of plastic sheeting or in the school building,” said Laetitia Bader, HRW’s East Africa director, in the statement.

HRW also denounced “widespread violations” of human rights “by all parties to the conflict in northern Ethiopia.” The organisation said it had “found no evidence of military targets at the Dedebit IDP site.”

Based on debris recovered by survivors and aid workers, the extent of the damage and the types of injuries, the NGO says it has identified the bombs dropped as “MAM-L smart micro-munitions“, manufactured by Turkish company Roketsan. “The use of guided bombs without any indication of a military target suggests that this is an alleged war crime,” said Laetitia Bader.

More than 400,000 people, according to the UN, have been displaced in Tigray by the conflict that began in early November 2020, when Prime Minister Abiy Ahmed sent the federal army to dislodge the authorities of the region, governed at the time by the Tigray People’s Liberation Front (TPLF), which contested the governmental rule for months.

The TPLF rebels then took over Tigray militarily in 2021 escalating tensions which turned into a conflict spreading to neighbouring regions.

The war in Tigray has claimed thousands of lives and both sides have been repeatedly accused of various human rights violations and a long list of atrocities.