Adejinmi’s win earns her a series of firsts. She has become the first migrant, first African and first black female to become Mayor in Ireland.

Her journey in politics began in 2016 when she supported a candidate in a local election.

“At that stage I became very active. I was going to meetings and fundraisers, travelling to Dublin for the convention and getting involved in every way possible,” Adejinmi tells The Irish Times.

After working the base or grassroots, the immigrant put herself in a position to take advantage of the next opportunity when it presented itself.

In 2018, she undertook an internship with the Immigrant Council of Ireland, shadowing Joe Flaherty who was a local councillor.

In 2020, Flaherty became a TD (Teachta Dála–a member of parliament) and Adejinmi was co-opted to his seat.

The rest is history.

And now Adejinmi just wants to get the job done.

“There’s a huge silo in getting information across to diverse community groups so it’s been amazing having that link to council offices to share information to migrants to help them to get access to services and support,” she says, adding that she’s honoured to have been unanimously elected Mayor. 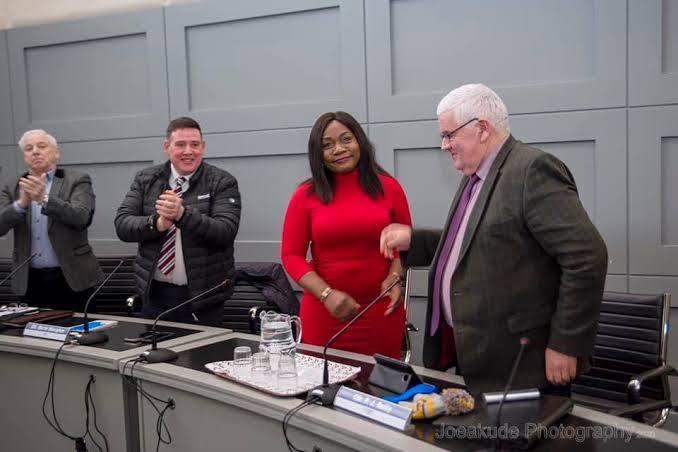 Drawing from her Nigerian roots, she now wants to get more migrants into the electoral register.

And she knows that is a tough ask, but doable no less.

“I speak from a Nigerian perspective and one big issue in that regard is there isn’t a great trust with the police force.

“People are reluctant or not willing to engage with police unless they absolutely have to because of experiences back home,” she says.

That cultural attitude “takes time for people to get around,” she says.

She wants political parties to “engage more actively” with migrants, and gain their trust. 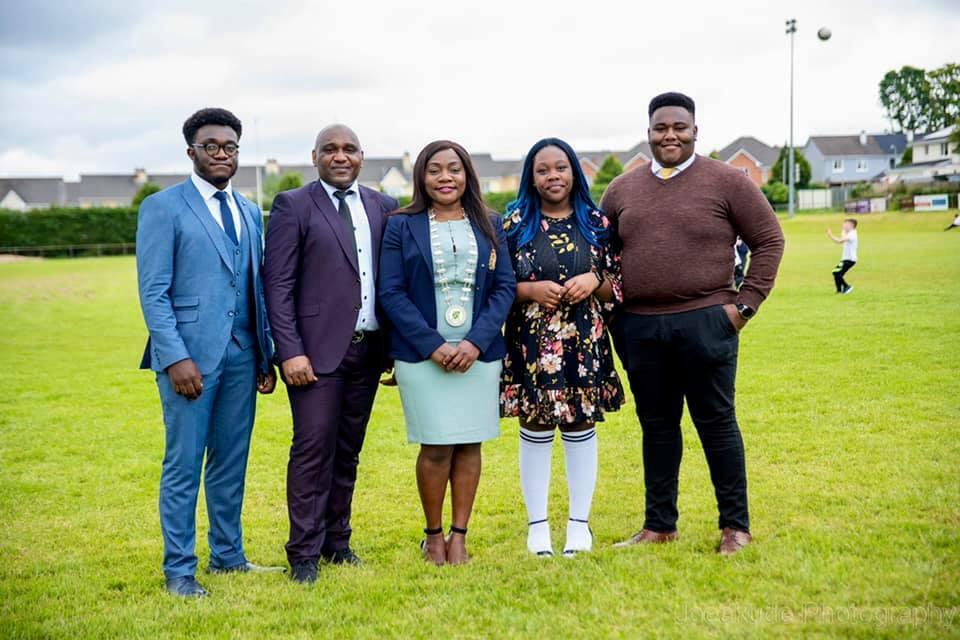 “If it wasn’t for my neighbour asking me to join his party I wouldn’t have considered politics,” she says.

As Mayor, Adejinmi says her key priorities are jobs and housing.

“I am hoping to lobby for an influx of industry. Hopefully businesses will take a look at starting in Longford and that would help a lot of people who are leaving or commuting because of the lack of jobs,” she adds.

She’s proud to be African and Irish, she says with a smile, and “wear both hats with comfort.”

Adejinmi is a Nigerian Princess.

She is the daughter of the current Ovie of Agbon Kingdom in Delta State, His Royal Majesty, Mike Omeru Ogurime-Rime Ukori I.

Her father, a businessman and chairman of Niger Cat Construction Company, was crowned Ovie (paramount ruler) of Agbon Kingdom in February 2013.

Agbon is one of the 24 Urhobo Kingdoms in the Niger Delta region.

The Agbon Princess Adejinmi, is married to a Yoruba man.