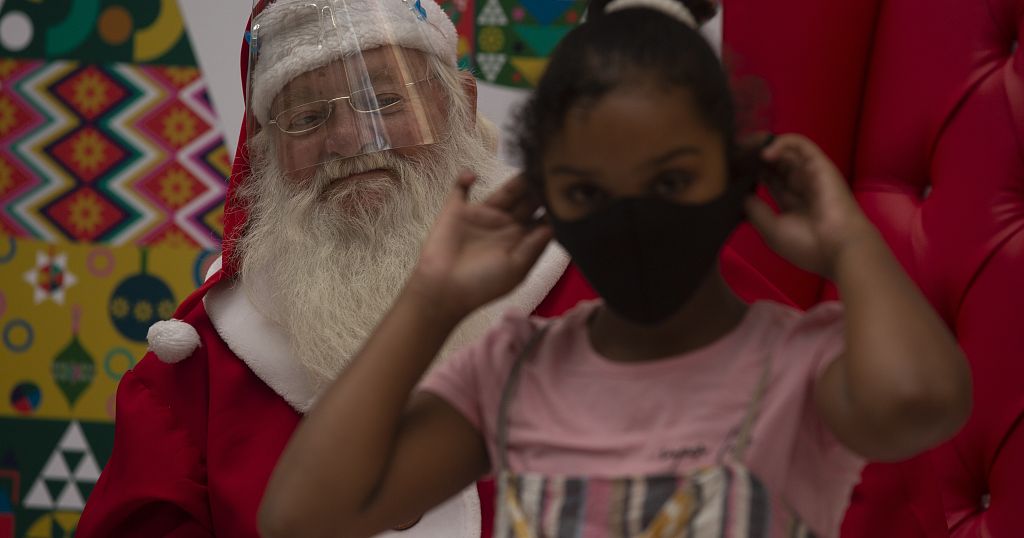 Africa may be one of the least affected continents by the novel coronavirus. But measures have been put in place that could change your Christmas plans this year.

The continent has recorded more than 2.5 million cases since the pandemic began, with some 59,770 deaths. A second wave has also been reported in some countries over the last few weeks.

Here is a breakdown of what is happening in some African countries.

The country has the most COVID-19 cases on the continent, with over 930,000 infections and more than 24,000 deaths since the outbreak began in March.

And on Tuesday, the health minister warned a new variant of the coronavirus, known as 501.V2, is driving a surge in cases.

According to health officials and scientists leading the country’s virus strategy, the new variant, is dominant among new confirmed infections, with higher numbers of confirmed cases, hospitalisations and deaths.

The government announced tougher lockdown restrictions, such as the limited sale of alcohol and the closure of beaches in areas identified as hotspots.

On Wednesday, The UK health minister announced there were two cases of another new variant in Britain.

Both are contacts of cases who have travelled from South Africa, he said.

As a result, the UK is placing restrictions on travel from South Africa.

Tunisia has reported over 120,000 coronavirus infections and more than 4,000 deaths.

Tunisia has suspended all air travel with Britain, Australia and South Africa, citing fears of a new coronavirus strain. Travel is also banned between Tunisia’s regions.

And it will ban all events, that include celebrations for the new year. It will also extend its night curfew until January 15.

Facing an increase in coronavirus cases in October, the government extended a nationwide curfew until January 2, meaning it is not possible to be out after 22:00. Public gatherings are also banned.

Schools are also mostly closed until 2021.

Kenya has recorded over 94,000 infections with over 1,000 deaths since the virus outbreak.

Coronavirus cases spiked in December. The country has seen over 7,000 cased and 59 deaths since the outbreak.

The government advises not to meet in large groups and keep a two-metre distance. Bars and nightclubs are closed.

There is also a ban on public gatherings of more than 10 people.

The DRC has recorded just over 14,000 covid cases and over 350 deaths from the disease since the epidemic was officially declared in March.

But it has seen a steady increase in recent weeks.

President Felix Tshisekedi said the second wave was caused mainly by the importation of cases from foreign countries and the relaxation of preventive measures.

Residents in Congo-Brazzaville will be locked down on December 25 and January 1 as infections rise, authorities announced on December 22. On the 24 and 31 December bars and restaurants will be open until 19:00 only.

Residents in the cities Pointe-Noire and Brazzaville have been living under a curfew of 23:00-05:00.

More than 6,000 cases have been reported since March.

Africa’s most populous country has reported almost 80,000 infections since the outbreak, with more than 1,000 deaths.

In response to an uptick in cases, Nigeria’s commercial capital, Lagos, ordered schools to shut indefinitely.

Concerts, carnivals and street parties have also been banned.

President Buhari has urged all citizens to be vigilant and stay safe over the festive season.

“Non-essential trips and large social gatherings should be avoided or shelved completely,” he said.