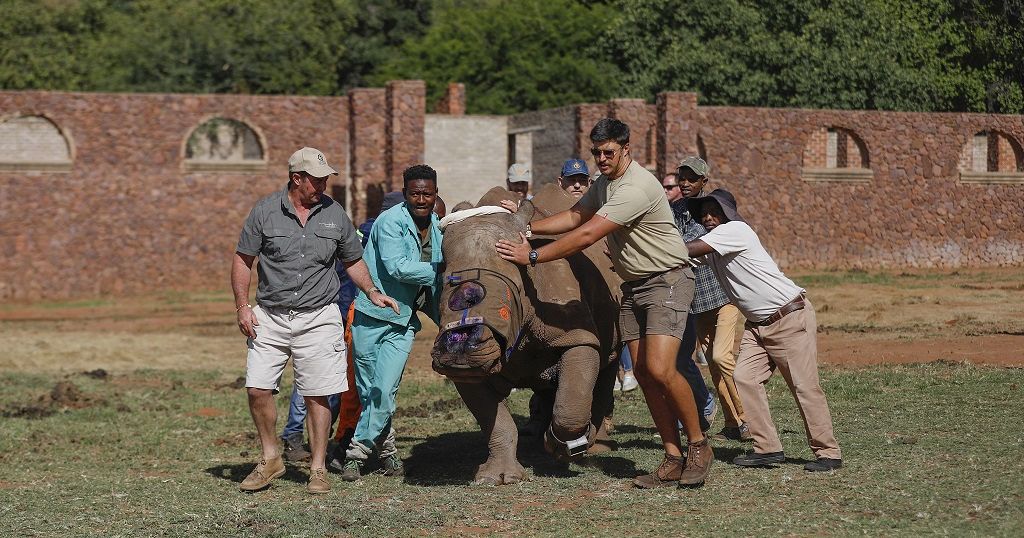 The governments of Mozambique and South Africa have announced plans to reintroduce rhino species to the Zinave National Park in southern Mozambique which became extinct 40 years ago.

Maputo and Pretoria jointly approved the reintroduction of more than 40 rhinos to a specially constructed high-security sanctuary within the 4,000 sq km (1,540 sq mile) park.

The rhinos will be translocated from South Africa over a period of one to two years.

The project is being spearheaded by the South African non-governmental organization Peace Parks Foundation and the Exxaro Resources company, which is a coal and mining firm.

Since 2016, a rewilding program has reintroduced more than 2,300 animals representing 14 species – including buffalos, elephants, and leopards – into the park.

The Zinave park, however, lies in the shadows of a dark past when it was ravaged during the Mozambique civil war that ended in 1992 and subsequent poaching.