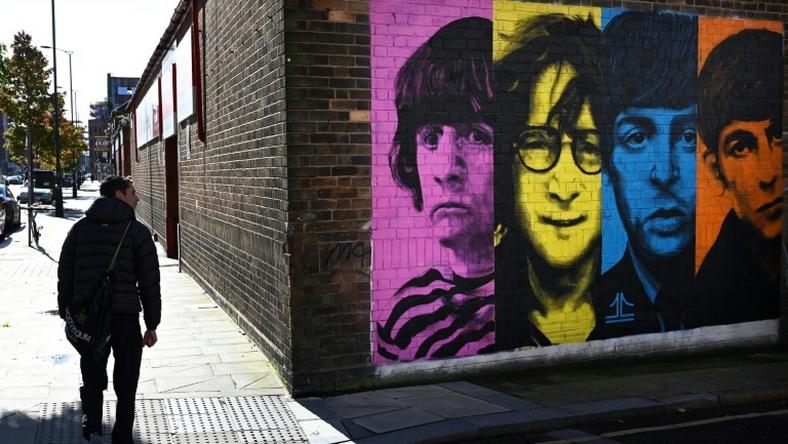 Over the past four decades, United and Liverpool have often been in the ascendant at different times, so a sustained title battle between the two old enemies is an enticing prospect.

United are three points clear of second-placed Liverpool ahead of this weekend’s showdown, making it the first time the Old Trafford outfit have been top at this stage of a season since Alex Ferguson’s title-winning farewell campaign in 2013.

While both teams play in red and come from cities separated by just 31 miles, beneath the superficial similarities lies a bitter feud.

Formed as Newton Heath in 1878, Manchester United were born 14 years before Liverpool emerged in 1892, and for a brief period, the clubs had a surprisingly cordial relationship.

In 1915, several players from both teams even joined forces to fix their match, which helped United avoid relegation, with four from Liverpool and three from Manchester subsequently hit with bans.

As late as 1958, Liverpool offered to lend players to United after a number of their stars were killed in the Munich airplane crash.

But the friendly rivalry had turned nasty by the late 1970s as hooligan gangs fought bloody battles, while United were sprayed with tear gas by a Liverpool fan when they stepped off the coach before a match at Anfield in 1986.

There has not been a transfer between the clubs since Phil Chisnall moved from United to Liverpool in 1964.

Liverpool enjoyed one of English football’s most dominant periods from the 1970s until 1990, a golden era in which they won 11 of their 19 league titles, lifted the FA Cup three times and won the League Cup in four successive years.

Not content with hoovering up the domestic prizes, Liverpool reigned supreme abroad, winning the European Cup four times and the UEFA Cup twice.

Liverpool’s preeminence had ended by the dawn of the Premier League as United rose to power.

Between 1992 and 2013, United were crowned champions 13 times, surpassing Liverpool as they took the club’s overall haul to 20 English titles.

Liverpool closed the gap last season with their first title in 30 years and would equal United’s record haul if they retain the trophy this term.

It also remains a source of angst at Old Trafford that the club have only been European champions three times — half of Liverpool’s tally.

“It doesn’t matter if we are playing tiddlywinks, when we get together you expect sparks to fly,” former United manager Alex Ferguson once said of the Liverpool rivalry.

Ferguson did more than most to light the fuse, complaining that visiting managers left Anfield “choking on their own vomit” after an acrimonious 1988 clash and crowing that he had made it his aim to “knock Liverpool from their perch” when he arrived in Manchester.

Liverpool managers were just as susceptible to the passion play, with Rafael Benitez infamously embarking on a heated press conference rant in 2009 about the “facts” that showed Ferguson and United were given favourable treatment by the referees and the governing bodies.

Benitez’s men ended up blowing their title bid, so current Liverpool boss Jurgen Klopp and his United counterpart Ole Gunnar Solskjaer might be wise to keep their cool if tensions threaten to mount this season.

While the football feud has gradually come to the boil, there was rarely any love lost between the cities. One source of the rivalry was the decision of Manchester authorities to build a ship canal in the late 19th century, challenging the port city of Liverpool.

When the Beatles took the charts by storm in the 1960s, Liverpudlians trumpeted Merseybeat as the country’s greatest pop export, a boast Mancunians used themselves 20 years later when their city produced touchstone bands such as the Smiths, the Stone Roses and the Happy Mondays.

Liverpool supporters claim they beat Manchester to the craze of dressing in fashionable casual sportswear that swept the terraces in the 1980s.

But the rivalry has often turned toxic, with Liverpool fans chanting about the Munich crash and their United counterparts making sick songs about the 1989 Hillsborough disaster that killed 96 Reds supporters.