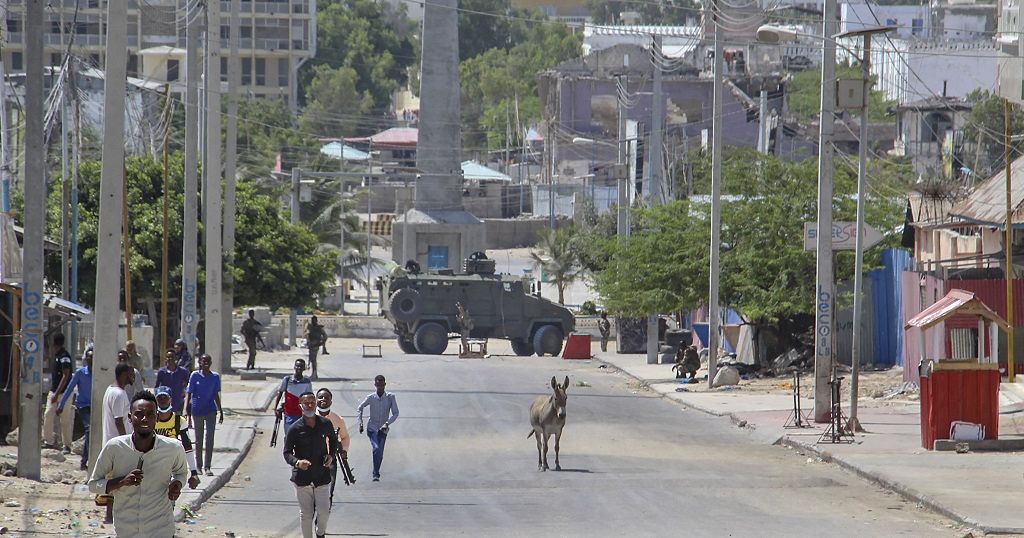 Gunfire broke out on an opposition demonstration in the Somali capital Mogadishu Friday. The city is currently under heavy security surveillance as political tensions deepen.

Somalia was due to hold elections before February 8, the end of President Mohamed Abdullahi Mohamed’s term of office, but the country failed to go to the polls due to political dissent.

On Friday morning, a small group of demonstrators were beginning to march on the road to the airport when the gunfire erupted.

“Today, as the presidential candidates were protesting and the world watching, they came under attack and those gunshots hit some Somali citizens who were protesting peacefully”, Hassan Ali Khaire, former Somali Prime Minister said.

A coalition of opposition candidates has been judging the president’s illegitimacy since February 8 and called for the protest to demand his resignation.

“You watched live that people and politicians protesting peacefully were attacked by militia men of a dictator (outgoing President Mohamed Abdullahi Mohamed) whose term has ended”, Abdirahman Abdishakur Warsame, a presidential candidate said.

The origin of the gunfire is still unclear as at the time of filing this report, but an eye witness, Yusuf Mohamed, told AFP, there were “heavy fire” between security forces and armed men protecting the march.

The United Nations has called for “calm and restraint” in the fragile Horn of Africa nation, whose government had promised to reform the complex electoral system and give every voter a chance to vote for the first time since 1969.

By early afternoon, calm had returned to the Somalian capital, which was cordoned off by security forces. Opposition leaders held a press conference in the aftermath of the shooting and described the incident as an ”assassination attempt”.

At their press conference, the opposition leaders did not mention any casualties.