Shatta and Sadiq have been at loggerheads in the past weeks over the Dancehall artiste’s claim that he won 11 awards at the 2019 edition of 3 music awards because he(Sadiq) had issues with rapper Sarkodie and Dancehall artiste Stonebwoy, hence, awarded him to spite them. 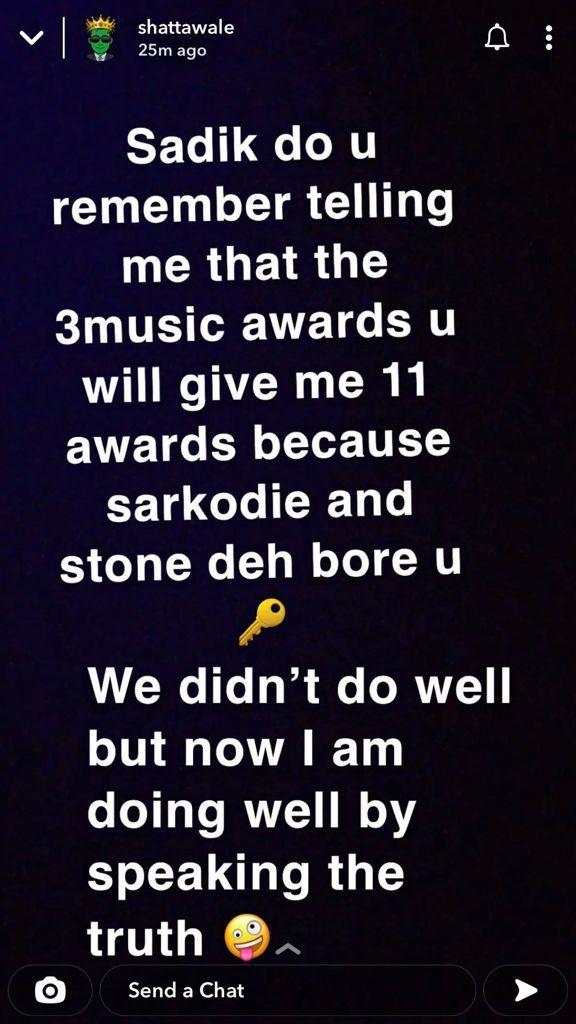 Shatta Wale also claimed that he gave Sadiq GH¢100,000 to help in organizing the awards BUT Sadiq says that’s another blatant lie from Shatta.

“Anything coming from Shatta Wale should not be taken seriously because they are all not true. First of all, I never gave 11 awards to him because I had issues with Sarkodie or Stonebwoy,” he said in an interview with Graphic Showbiz.

“Secondly, Shatta Wale has never given me any GH¢100,000. Shatta Wale will never give me money to organise any awards. Shatta Wale is that guy who fights just anyone trying to outshine him. 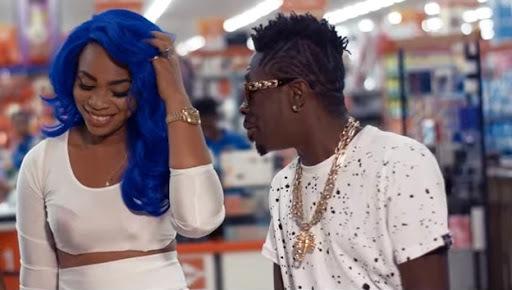 “Look at what he said about Stonebwoy, Samini and Sarkodie when he had issues with them. The same person used unprintable words against Charterhouse and also the mother of his son,” he emphasized.

According to him, he is not moved by Shatta’s claims. “Why should I worry myself about such a person who would destroy you with lies,” he said.

“Shatta Wale should tell the board how we gave him the 11 awards and the money he said he had given us. 3Music Awards is bigger than Shatta Wale and there is no way he can bring it down with his untruths,” he stated.