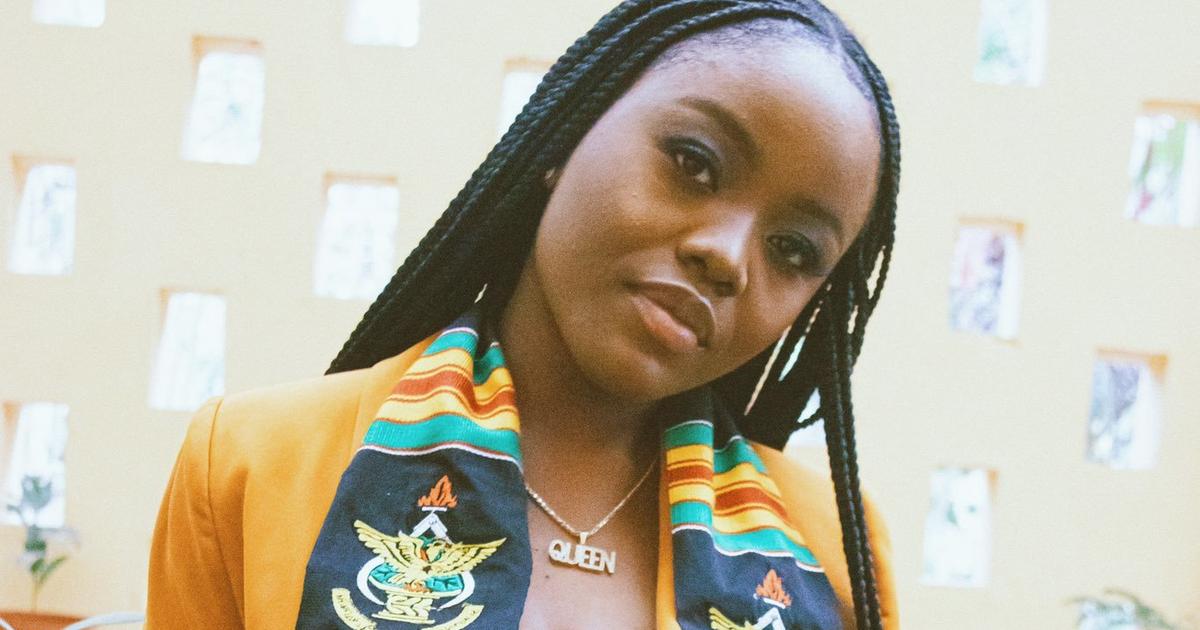 The daughter of high-life legend, Nana Acheampong, made this public in a Twitter post on Sunday, March 20, 2022.

Although the afro-beats sensation has been pursuing the degree in the past four year, she also started striving to break into Ghana’s music industry in the same period.

Jackline Acheampong released her first single in 2019 titled, “Love is Pretty.” Another single followed called, “Never Like This.”

2020 witnessed her major breakthrough as her song “Forever,” which was on her five-track EP, titled “Seed” catapulted her to the top of charts not only in Ghana but in Nigeria and Kenya.

Last December, she put together the Gyakie Live Experience Concert, which was graced by many established artistes in Ghana’s music industry.

Gyakie was raised in Kumasi in the Ashanti Region of Ghana. She was born into a family of musicians and by age eight, she had started joining her father in the studio. She has said that she was greatly influenced by Nigerian singer, Asa and Ghanaian rapper, Omar Sterling of R2Bees.