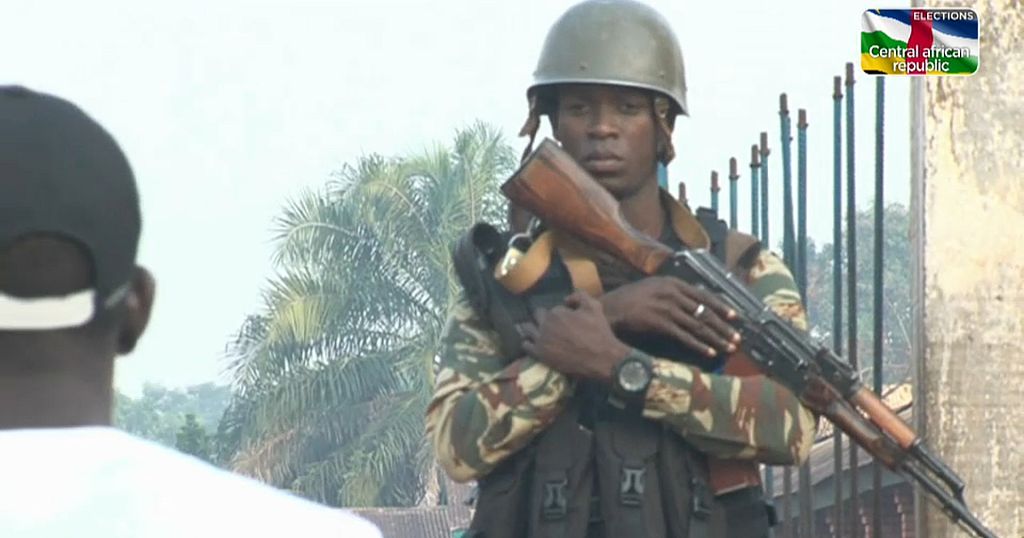 With Rwandan and UN guards in tow, President Faustin-Archange Touadera was one of the earliest to cast their ballots as polls opened in the Central African Republic’s presidential and parliamentary elections on Sunday.

Touadera was keen to show his nervous compatriots that the vote was being held despite renewed rebel violence in the countryside.

The rebels are opposed to the exercise. They have called for a transitional government instead.

“I thank President Paul Kagame, the Rwandan government, and the Rwandan people for their support in securing this process, which will allow Central Africans to freely choose their leaders”, said Touadera who is seeking re-election.

Rwanda has deployed several hundred troops to the Central African Republic in recent weeks to help thwart what Bangui has called a coup.

Africa News’ Thierry Nzam said there was a very unusual security presence in Bangui on Sunday.

“But we have heard that in Bambari, people went out to vote but the exercise was disrupted by armed groups”, said Nzam, from the capital Bangui.

Opposition parties had expressed fears that voting would not be possible outside Bangui where armed groups and militias exert control.

But their appeal for a postponement was dismissed by court.

Main opposition candidate Anicet Dologuele said holding the vote in the face of insecurity denies people outside the capital a chance to participate.

Elsewhere in the capital, people lined up to vote at polling stations set up in school buildings and community centers.

The UN said its forces had repelled attacks by armed groups in Bria and Paoua areas, allowing people to vote peacefully.

#ElectionsRCA 🇨🇫: despite the threat looming over #Paoua (West), voters, including numerous women and young men, started, early in the morning, to massively line up at the polling stations to cast their ballots pic.twitter.com/3BAkDAXYpL