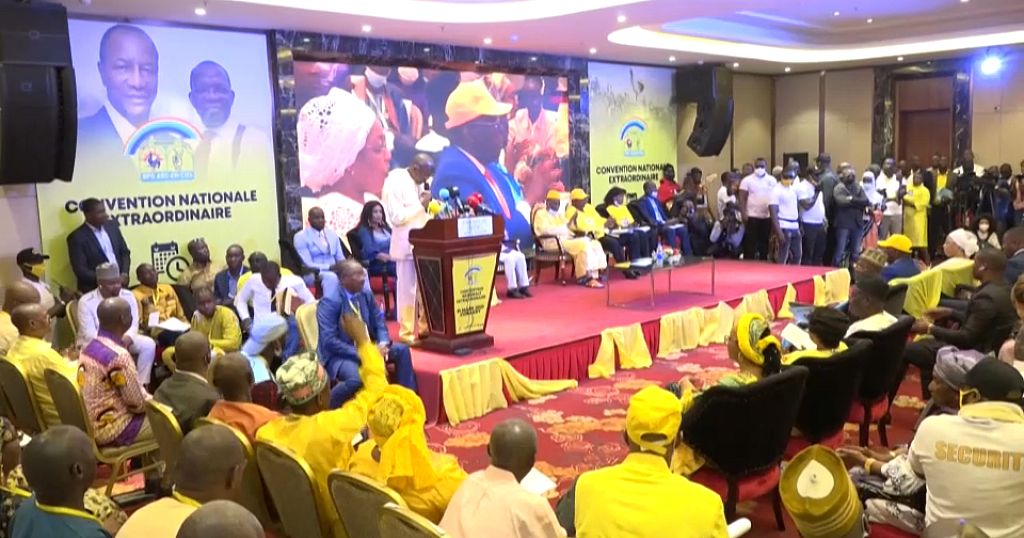 Guinea’s former prime minister and leader of the party of former President Alpha Condé has resumed duties of the leading the country’s opposition after been appointed as the head of a provisional body to lead his party.

Ibrahima Kassory Fofana was on Thursday appointed as provisional coordinator of the RPG party until a congress.

“When in May 2018, I decided to merge my former party Guinea for all in the RPG rainbow, I wanted to build an alliance that is in my opinion the constancy and in my sense to materialize a will, a direction, a vision, all the values that I shared and I still share with our champion, Professor Alpha Condé.” – Ibrahima Kassory Fofana, former Prime Minister provisionally appointed to lead the RPG.

More than 350 delegates from the country and abroad took part at the convention in Conakry. The latest party politics comes amidst the row of a voice recording of Alpha Conde that surfaced last week indicating a leadership quarrel in the party.

“My first major decision is to ask the provisional executive bureau to organise a meeting at the grassroots level in consultation with the militants so that we can draw all the lessons from the past ten years of our governance.” the former Prime Minister to delegates at the convention.

Guinea’s ousted President Alpha Conde was allowed to leave officially for medical treatment in the United Arab Emirates UAE but he still looms large over the West African nation despite the take over by the army.