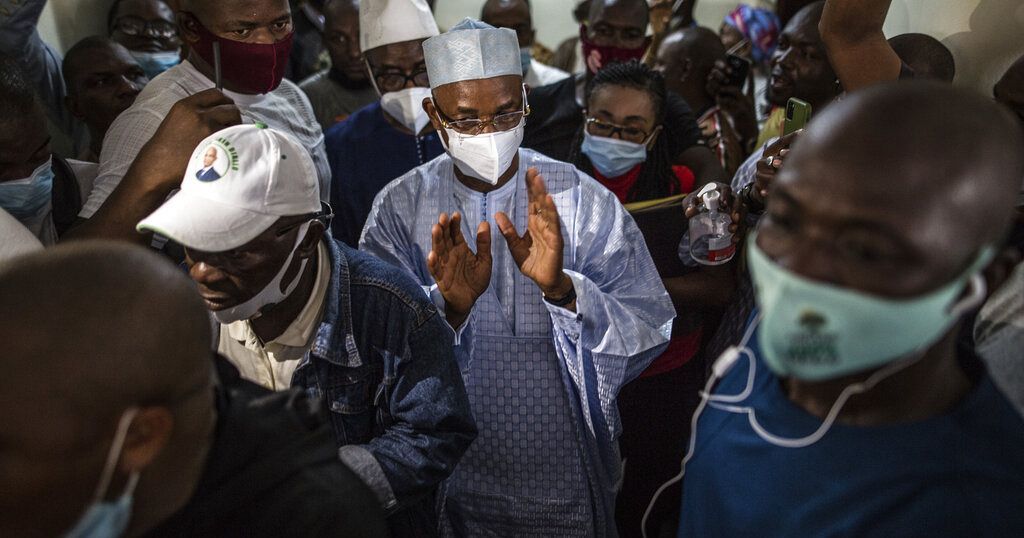 Five opposition activists have been charged with “making threats likely to disrupt security and public order”, their lawyers said Monday.

Cellou Balde, a former member of parliament, on Friday turned himself in at the police headquarters where Ousmane Gaoual Diallo, Abdoulaye Bah and Etienne Soropogui were being held since Thursday and Ibrahima Cherif Bah since last week Wednesday.

Four of them are officials in the leading opposition party, the UFDG, which is headed by Conde’s main challenger in the election, Cellou Dalein Diallo.

Diallo, a former prime minister, has criticised the arrests as an “electoral coup d’etat” and accused Conde of attempting to “decapitate” his party.

But in his first interview since his re-election, President Alpha Conde dismissed allegations of a “witch hunt” in the country, levelled against him by figures in the opposition.

He was declared winner of a controversial third term earlier this month leading to violence particularly when Diallo alleged voter fraud and proclaimed himself.