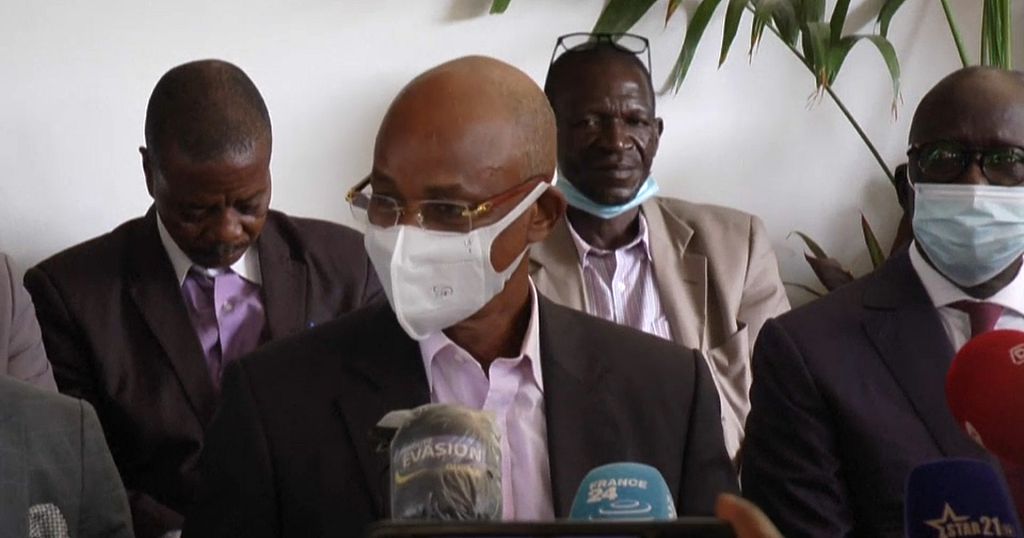 Three Guinean opposition figures surrendered to the police on Thursday after being put on a wanted list for their alleged role in post-election violence, one of their lawyers said.

At a press conference on Thursday, opposition leader Cellou Diallo called for their immediate release.

The arrests came after President Alpha Conde, 82, won a controversial third term after topping an October 18 poll with 59.5 percent of the votes.

The country slipped into violence in the aftermath of the poll, when UFDG leader Cellou Dalein Diallo, 68, proclaimed himself victorious and alleged voter fraud.

The government said at least 21 people died in subsequent clashes between Diallo supporters and security forces. The UFDG party put the death toll at 46, however.

While observers from other African countries have backed the official election results, France, the European Union, and the United States have cast doubt.

In a statement on Tuesday, a public prosecutor in the capital Conakry said police had detained or tried 137 people.

It said police were actively searching for six people accused of having made “threats likely to disturb public security and order”.

Ousmane Gaoual Diallo, Abdoulaye Bah, and Etienne Soropogui were among those six people. Only Soropogui, who is from a minor opposition party, is not a UFDG member.

Ibrahima Cherif Bah was also on the wanted list.

Political tension in Guinea centers on Conde’s third term, against which there have been rolling protests since October 2019.

The president pushed through a new constitution in March which he argued would modernize the country. But it also allowed him to bypass a two-term limit for presidents.

A former opposition leader, Conde became Guinea’s first democratically-elected president in 2010 and won re-election in 2015, but critics accuse him of veering towards authoritarianism.