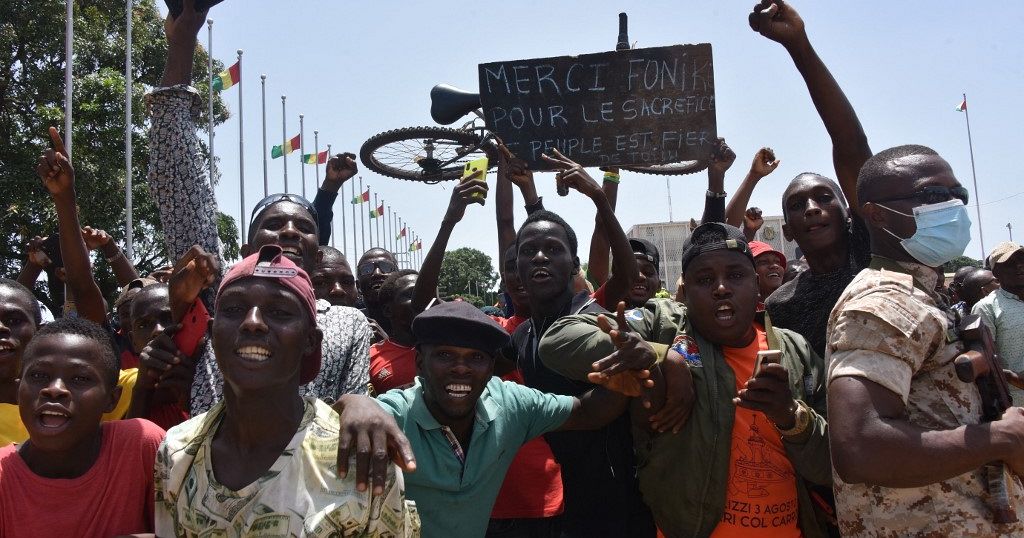 Two days after Sunday’s coup that overthrew President Alpha Conde, Guineans in the capital were trying to get back to their normal lives.

Customers and sellers packed a market in Conakry on Tuesday, where one of the main topics of conversation was the political crisis in the West African country.

“We have been suffering in the past government,” said Fatmata Diallo, who sells cow milk.

“We are so happy for this change,” she added.

Many hoped that Guinea’s landmark 2010 election would finally give the West African country a democratic leader after decades of corrupt dictatorship.

Instead, Conde decided to stick around for a third term, modifying the constitution so that the term limit no longer applied to him.

His plan to extend his rule prompted violent street protests in Conakry last year — and ultimately sealed Conde’s fate as vulnerable to the kind of military coup that many hoped was becoming a thing of the past.

Jubilant Guineans were celebrating the change in the streets, but the real test could be whether forces loyal to the ousted president accept the coup led by Colonel Mamady Doumbouya.

The new military leaders are seeking to tighten their grip on power and are ordering the deposed president’s soldiers to join them.

Doumbouya also barred government officials from leaving the country, ordering them to hand over their passports and government vehicles.

Guinea’s governors have been replaced by regional military commanders selected by the junta.

The international community has called on the junta to immediately release Conde and West African regional bloc known as ECOWAS has threatened economic sanctions if the demand is not met.