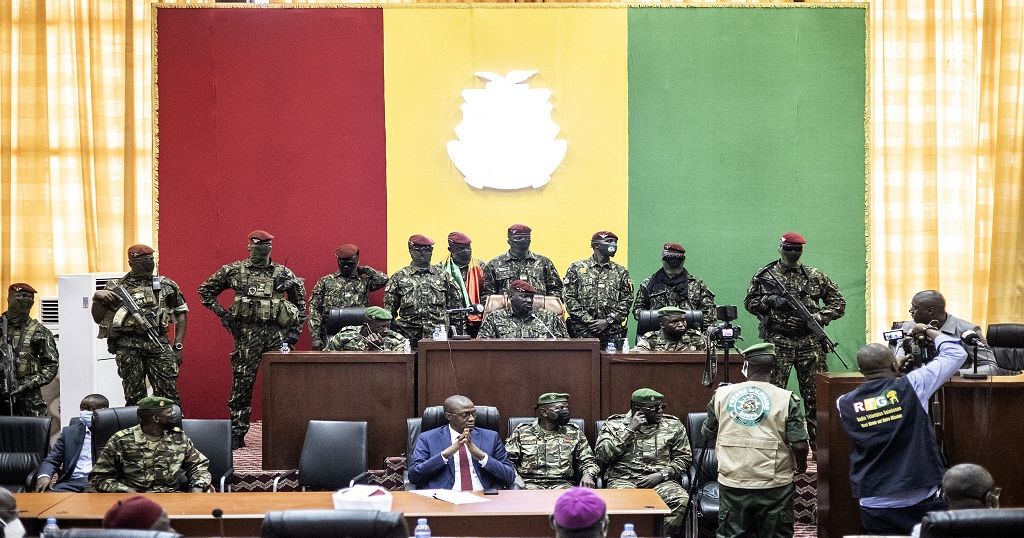 Leaders of political parties in Guinea met on Tuesday with members of the junta that removed President Alpha Conde from power a week ago.

The meeting was the first of several that the National Committee for Rally and Development (CNRD), led by Colonel Mamady Doumbouya, is expected to have with political activists, civil society and international representatives.

The military was expected to face more pressure to set a timeframe for new elections after they opened the four-day series of meetings about the West African nation’s future following the coup on September 5.

“It is about the possibility to have a discussion amongst all the civil society, the Guinean civil society and political parties,” said Sidya Toure, head of the Union of Republican Forces party who returned to the country last weekend after spending ten months in exile in Paris, following threats allegedly made by Conde.

Toure said the meetings would help “to go forward and handle the transition so we can have a real government, you know, and real elections” that can be accepted by Guineans.

Another head of the opposition and former minister of Alpha Conde’s administration, Ousmane Kaba, from the Party of Democrats for Hope said that the military coup was “to stop the institutional constitutional coup” made by Conde, who had changed the constitution to run for a third term.

Kaba, as others, called the international community to help the country during this period.

“I think the international community should help us, should help Guinea to have a good transition,” he told journalists after the meeting.

Concerns are growing about how quickly the junta led by Doumbouya will give up power to a civilian-led transitional government as called for by regional mediators and the international community.

The coup has been cautiously welcomed by other long-time opponents of Conde including Guinea’s most prominent opposition figure, Cellou Dalein Diallo, who had lost to the ousted leader in the last three presidential elections.

Diallo was among the opposition leaders meeting with the junta Tuesday at the People’s Palace, which was heavily guarded by armed soldiers.

The military rulers also were meeting with religious leaders.

Later in the week, the junta plans to host leaders from Guinea’s mining industry, in a bid to reassure foreign companies working in the most vital sector of the country’s economy.

Anger over Conde’s quest for a third term last year led to violent street demonstrations, and many in the capital, Conakry, have shown support for the military takeover.