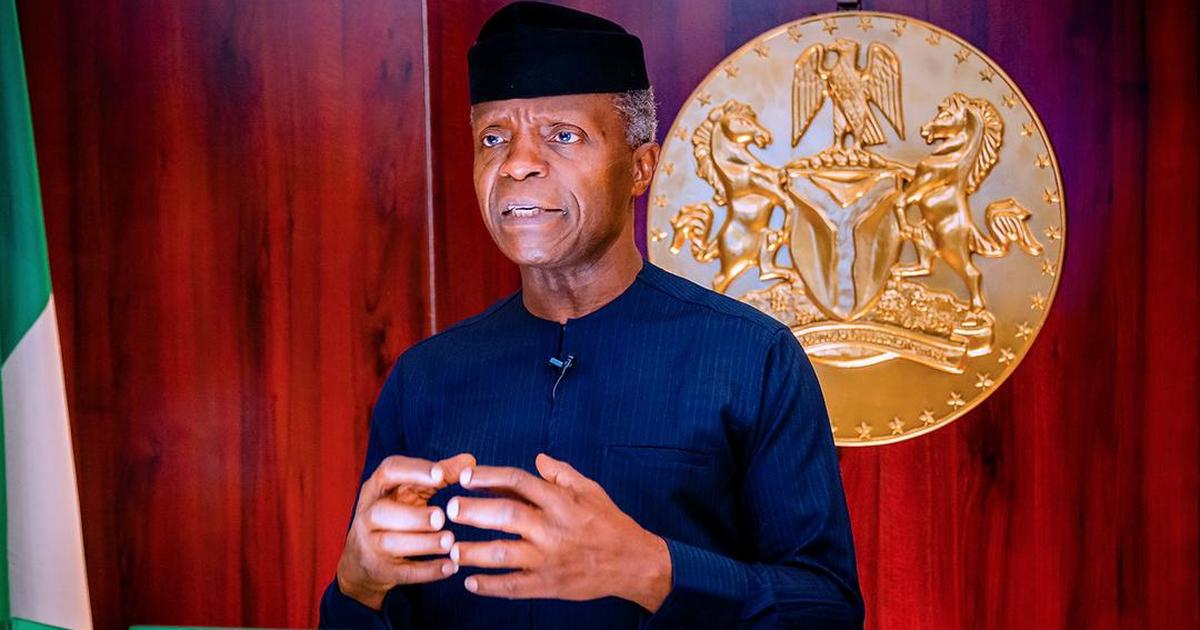 On Sunday, August 8, 2021, the group described Osinbajo as “a neutraliser and stabiliser” who has proven to be the backbone of the Muhammadu Buhari presidency.

The case for an Osinbajo presidency was made during the second edition of Osinbajo Day which held in Abuja with the theme: “Run, Osinbajo run: The future beckons.”

Among the campaigners were the Director-General, Advocacy for Good Governance, Hussain Coomassie and retired journalist Akin Makanjuola.

Some of the placards on display at the event had the inscriptions: ‘In Osinbajo, we see a loyal leader’, ‘2023: Let Osinbajo lead’, ‘Nigerians love Osinbajo’, ‘Great Nigeria, Great Nation, Great Osinbajo’, ‘Thank you, Buhari for giving us Osinbajo’ and ‘Osinbajo: The future beckons,’ among others.

OGO Convener Funsho Ojo, delivered a speech titled: “Unhappy is the Land that has no heroes.”

Ojo would go on to say that: “What is this project? The project is the celebration of a man we have adopted as our role model, a man we are all proud of, a man in whose hand, as young men and women, we can entrust our future.

“It is for this reason and many more that we have chosen, at personal sacrifice, to build a movement around him.

“We are appealing to Vice-President Yemi Osinbajo to throw his hat into the ring and take up higher responsibility, having worked diligently with the President and with great results to show.”

But will Osinbajo run?

64-year-old Osinbajo is eligible to run for the presidency in 2023, with President Buhari’s constitutionally permissible two terms of eight years in office elapsing in exactly 21 months and 2 weeks from now.

Osinbajo served as Governor Bola Tinubu’s Attorney General and Justice Commissioner in Lagos from 1999 to 2007.

Before his foray into politics, Osinbajo, a law Professor and Senior Advocate of Nigeria (SAN), taught Law at the University of Lagos and was Head of Department of Public Law at the institution.

Tinubu submitted Osinbajo’s name as Buhari’s running mate ahead of the 2015 presidential contest.

The governing All Progressives Congress (APC) is likely to zone its presidency ticket to the south–a region from where Osinbajo hails–ahead of the crucial 2023 vote.

Osinbajo’s name has been popping up wherever and whenever discussions on Buhari’s successor are being had.

In February, Osinbajo’s spokesperson Laolu Akande told Pulse during an exclusive chat that his principal is primarily concerned with helping Buhari deliver on his electoral promises.

“Let’s not waste time discussing what will happen in 2023 when we have serious challenges in 2021. Let’s talk about that in 2023 please.

“I don’t think Osinbajo succeeding Buhari is the issue on the table right now. I think the vice president has a responsibility to support the president to deliver on his mandate,” Akande said.

Osinbajo’s mentor and protégé, Bola Tinubu, has been nicely setting out his stall for a presidential run.