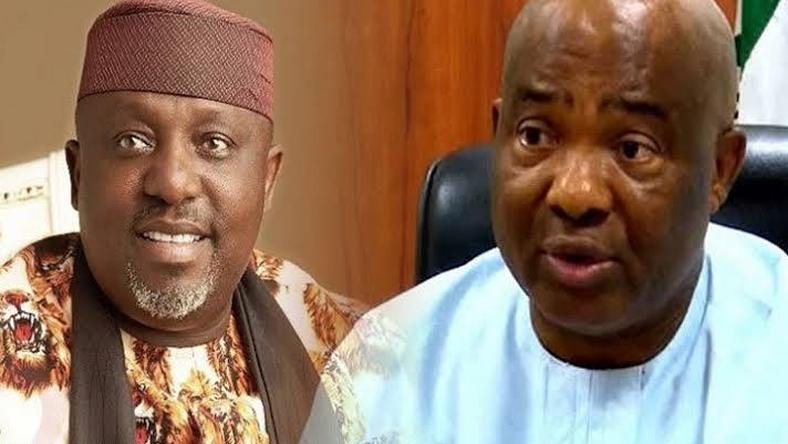 According to Punch, Uzodinma made the claim while reacting to a statement attributed to Okorocha that the governor was not working for the interest of the party.

Okorocha was reported to have said that the APC was “no longer breathing” in Imo since Uzodinma became the state governor.

Reacting to the statement, Uzodinma in a statement by Modestus Nwamkpa, his Senior Special Assistant on Print Media, described the former governor as a ‘sinking man.’

The governor said Okorocha was only angry because the ruling party is gaining ground in the South East under his watch.

He attribute the recent defection of Governor Dave Umahi of Ebonyi state from the Peoples Democratic Party (PDP) to the APC to the growing popularity of the party in the region.

He said, “Okorocha is a sinking man. He is an internally displaced politician. He is angry that under Governor Hope Uzodinma, the APC is gaining ground in the South-East, including the defection of Governor Dave Umahi to the party.

“I am aware that Okorocha wants to leave the APC, and his plan is to destroy the party before he joins another party. But we will not let him have his way.”

He added that the ex-governor could leave the party quietly without making false claims.