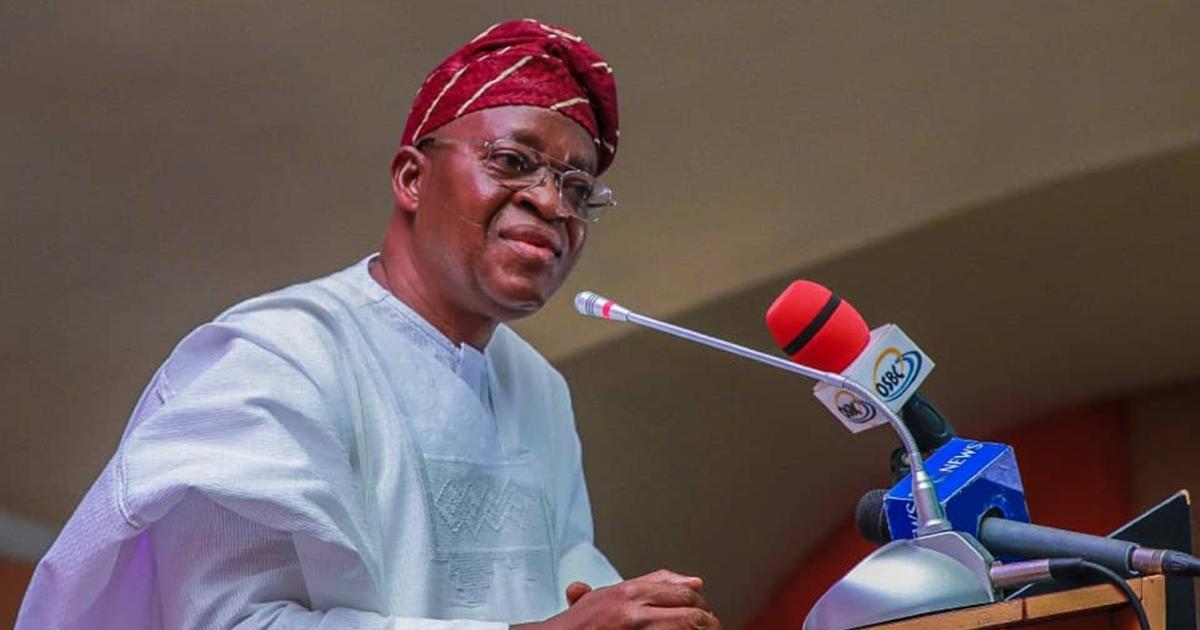 Gov. Oyetola was joined at the reception by his wife, Kafayat, his deputy, Benedict Alabi, a former Speaker of the House of Representatives, Mrs Patricia Etteh and other leaders of the APC.

The governor said that the APC expected more defectors from the PDP, a party he said, had lost focus.

The governor said that issues the opposition party was using to campaign against the APC had been resolved by his administration.

He urged APC supporters in the state to continue to be loyal and ensure that the party emerged victorious in the 2022 gubernatorial election in the state.

In his submission, APC Caretaker Chairman in the state, Mr Gboyega Famodun, urged party members to ensure victory for APC at the 2022 governorship election and at the 2023 general elections.

Famodun welcomed the defectors and urged them to contribute positively to the APC in the state and at the national level.