In the last couple of months, more than 20 members of Nigeria’s political and leadership elite, have been making a beeline for London to see Tinubu, amid rumours that the ailing politician is contemplating a presidential run in 2023.

“Akeredolu (Governor of Ondo) and I were in London together to see our leader, Asiwaju Bola Ahmed Tinubu, but it had absolutely nothing to do with 2023 presidential plans whatsoever. That’s not the reason why we went there.

“Asiwaju had surgery. It is simply proper etiquette or behaviour both in the part of the country where I come from but also generally that when a friend and elder is undergoing health challenges, it would be improper on your part not to show solidarity and support. 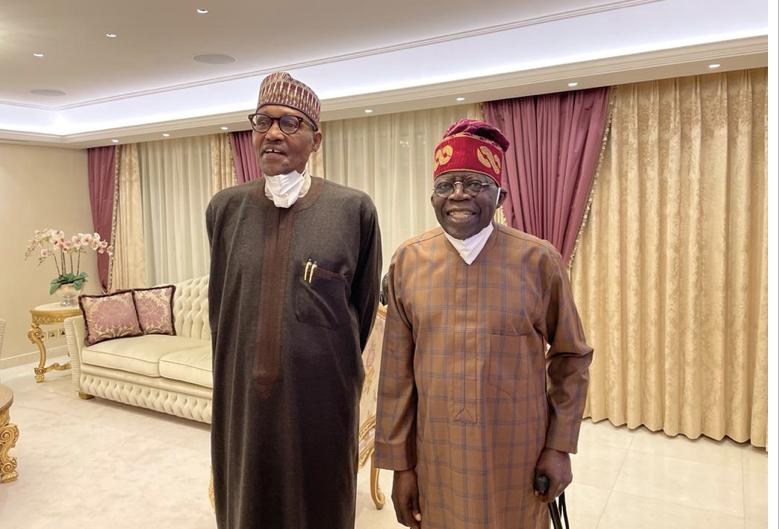 “That is simply what took us there; we wanted to associate ourselves with him at a time of need and as an elder, as a mentor and as a big figure in our political party, nothing wrong in paying him a courtesy visit to check on him to see how he was faring and we did that and we returned.

“It has nothing to do with 2023; let me make that absolutely clear,” Fayemi added.

Some of the politicians who have visited Tinubu in London with photo-ops to boot, include President Muhammadu Buhari, Governor Babajide Sanwo-Olu of Lagos, Governor Umar Ganduje of Kano, Governor Dapo Abiodun of Ogun and Rotimi Akeredolu of Ondo.