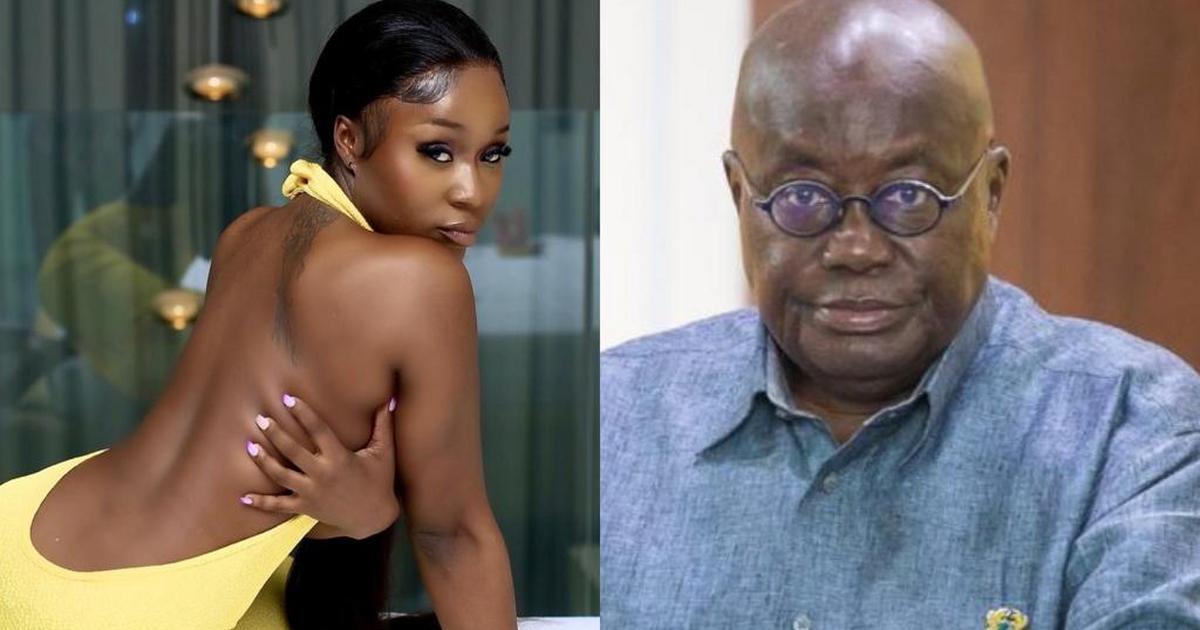 She revealed that, as a result of the numerous threats, she decided to excuse herself from the demonstration because she was not ready to lose her life for Ghanaians.

“I’m not going to die for Ghana. Ghanaians are not worth me dying for them.”

She, however, added that her mother insistently persuaded her to exempt herself from the demonstration.

“My mom said I shouldn’t go and I will listen to my mom when it comes to those things because I’m her oldest daughter.”

When she was asked by the host why she continues to rant on social media, she asked him if he doesn’t “complain everyday about the things that are going on in this country.”

Asked whether she is not bothered about the consistent attacks she receives on social media, she said she takes them “lightly” but her close associates do not take it lightly.

Although she will not die for Ghanaians, Efia Odo said she will do what she can through her foundation, Odo Nti, to “help them”.

“If the government won’t do the things we are saying, then, I, in my small way will try and help…”

Last year, the #FixTheCountry movement hit the streets of Accra to demand the government solve the growing economic and social challenges in the country.

Since the #FixTheCountry movement began in May last year, it has gained huge following and support.