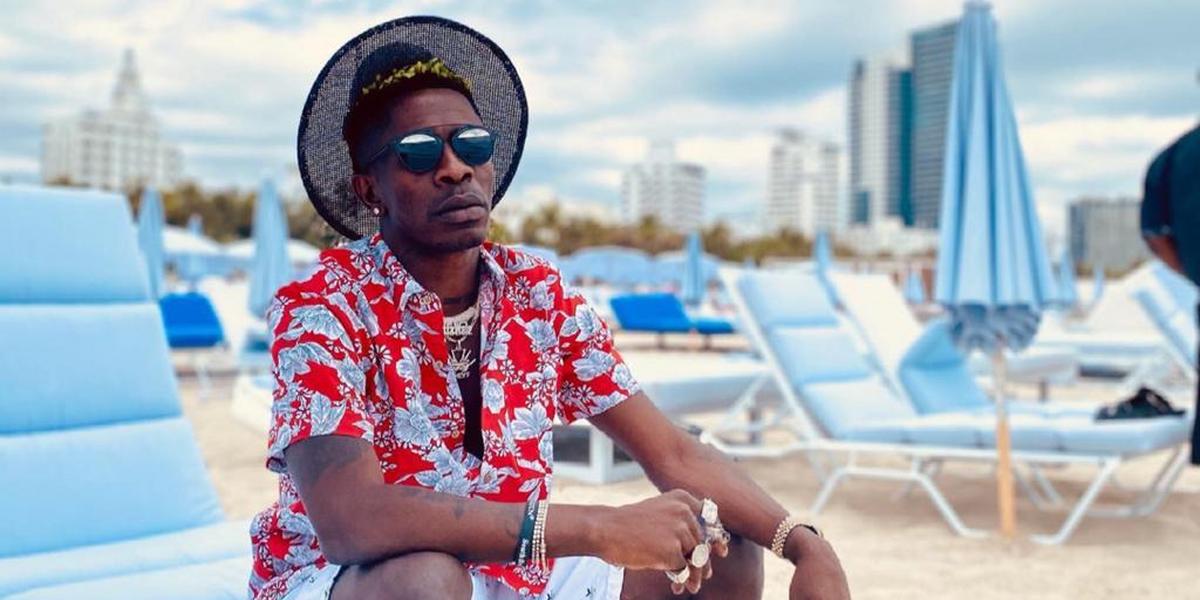 The military allegedly fired gunshots into the crowd, killing two of the unarmed protestors and leaving others injured.

The “Ayoo” hitmaker, reacting to the news, said Ghanaian youth have failed to stand up and fight for their rights and further blamed them for the problems facing Ghana.

He made this assertion in a tweet on Tuesday, June 29.

“As for Ghana dierr the problem is us the youth ..we can’t stand up and fight for our right ..Nonsense,” he tweeted.

He said Ghanaian youth can only protest online and that their online protest won’t solve anything.

Shatta Wale added that they should rise and fight and stop typing ‘nonsense essays’ on social media.

“Everyday typing online …Massa that no go solve anything ooo, Rise and fight and stop writing this nonsense Essays !! Mek I think,” he added.

His tweet wasn’t welcomed by rapper Edem who said the youth rose but were shot and killed, adding that ‘no one is safe’ in Ghana.

“Bro…Ppl rise dem dey shoot them…..Ebi that one we for fight…Once people are being shot and killed, no one is safe,” he quoted Shatta Wale’s tweet.

Shatta Wale and Edem aren’t the only Ghanaian celebrities to comment on the Ejura protest.

Prince David Osei, who played a vital role in the re-election of President Akufo-Addo, slammed the government on Twitter saying the military men’s actions are undermining the peace Ghanaians are enjoying.

Actress Yvonne Nelson said nobody should die for protesting for a better Ghana, adding that the President will be remembered for the things happening under his watch.

Actress Lydia Forson said she is struggling to accept that all of this is happening under a President who’s supposed to be a champion of human rights, freedom of speech and rule of law.