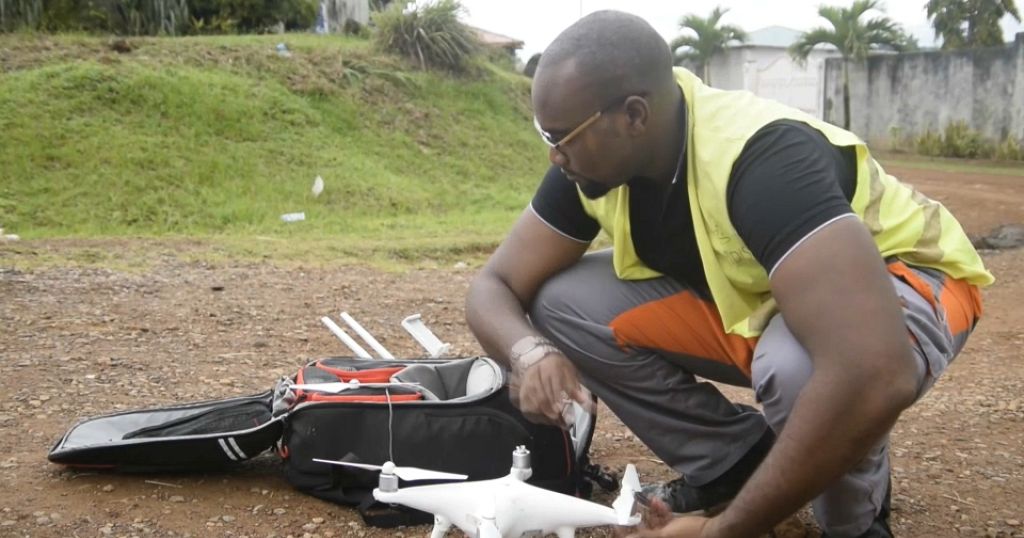 The Gabonese capital Libreville has dozens of unplanned settlements that the city’s poor call home.

In addition to the chaotic development of these shantytowns, there are also land conflicts between neighbors who have sometimes settled without legal existence.

Alain Sango has lived in the neighborhood of Akébé, for more than 40 years. He says electricity and water are rare.

“All the cities are not serviced, so let’s not lie to ourselves. It is difficult for people who live in remote areas, who are very far from the water supply,” he told Africanews.

To make life easier for these communities, Andy Yovo created a company that uses drones to map conflict areas in detail.

“Land disputes are really part of our core business. Because unfortunately, during the establishment of land, we do not yet have in our culture to call a surveyor to come and materialize and reassure us that where we are investing, we are well on our land and very often you have areas, whether it is sub-integrated neighborhoods or areas like Agondjé (residential area) where they are developing quite quickly and these are problems that are quite frequent,” said Yovo, CEO of the startup Adis.

With the help of drones, Yovo and his team reference and provide cartographic advice to landowners.

Authorities, most of these slum settlements are not in the development plan which explains why they are not serviced.

In recent years, the authorities have been breakin down the slums and replacing with modern residential buildings.

Modern housing has been built in the last 7 years in wealthy neighborhoods, but life in the slums has remained unchanged.