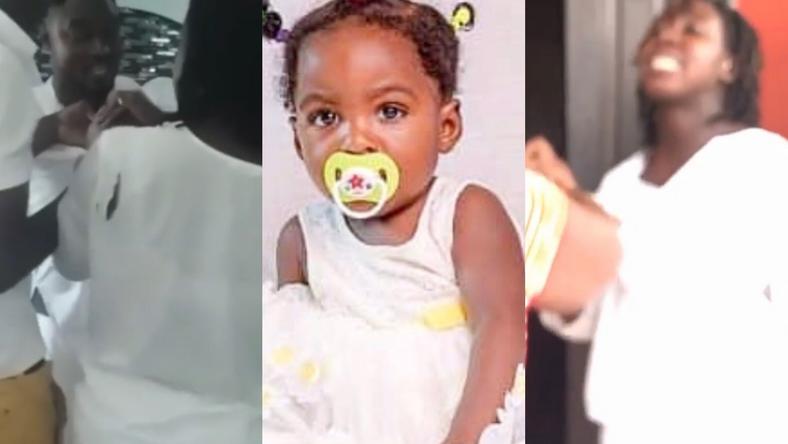 The “Cow & Chicken” actor, on Sunday night, accused his baby mama, Vanessa, of assault – an event he claimed happened on several occasions – before she fled with her twin babies.

He revealed in one of his posts on Instagram that he has been a caring father and even when Vanessa left with his daughters, he has been fulfilling his fatherly obligations.

Funny Face said their breakup started because Vanessa would sometimes speak on the phone with her ex-husband for two hours and any attempt to stop her leads to fights.

He also blamed his breakup with his baby mama on Adom TV presenter Maame Yeboah Asiedu, and labelled her ‘evil planner’.

But his baby mama has also come out to give her account.

According to Vanessa, their breakup started when Funny Face slept outside in August 2019 and on his return, he met her with anger and even assaulted her physically.

“The whole thing started in August of last year (2019). I gave birth on May 21, 2019. And in August, Nana Yaw (Funny Face) went to sleep outside and on his return, because of his guilty conscience, he met me with anger,” she said.

She said on that fateful day, Funny Face was shooting his “Cow & Chicken” series in the house. She was bathing for the older twin and the little one was crying. And instead of helping her, Funny Face started yelling at her, claiming her daughter was disturbing his crew.

Vanessa said Funny Face beat her up that night but luckily for her, she ran to Adom TV’s Maame Yeboah Asiedu for refuge. She said she spent four days with Maame Yeboah – which even worsened the case.