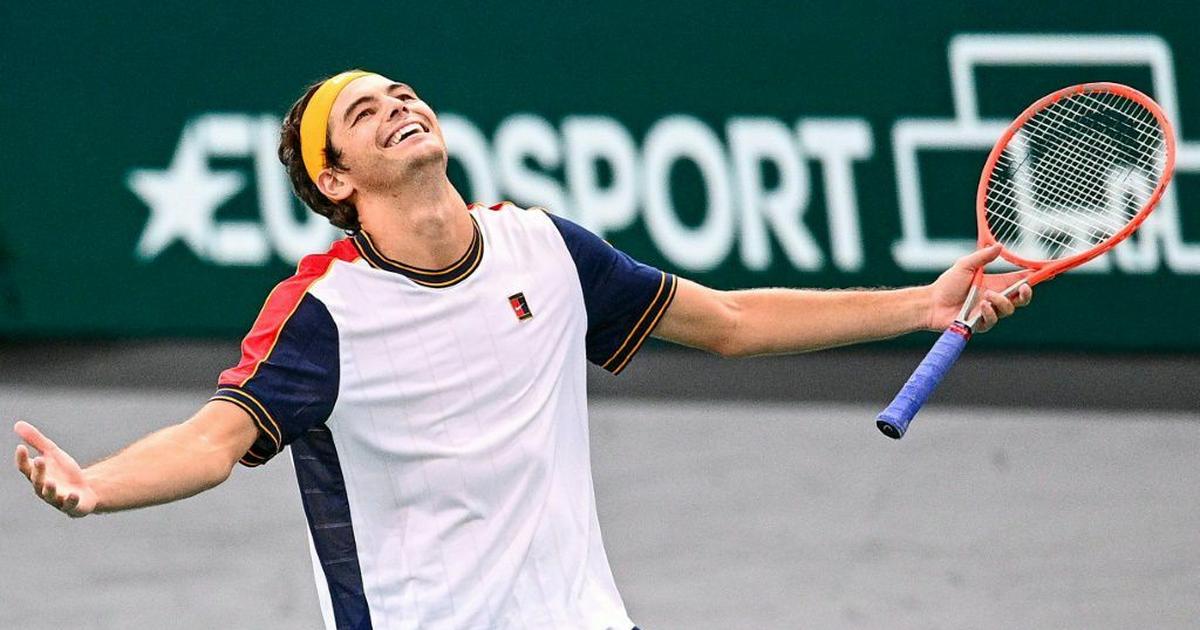 The 24-year-old American’s reward for ousting the 14th seeded Briton is a meeting with world number one Novak Djokovic, who beat Fritz in five sets at this year’s Australian Open.

Djokovic will have had mixed feelings about how he got to the Masters last eight as he came to Paris saying he needed match practice after seven weeks off.

However, his third round opponent the mercurial Frenchman Gael Monfils withdrew before the match due to a groin injury he suffered in his three sets win over compatriot Adrian Mannarino on Wednesday.

Fritz is on a rich run of form as the season nears its end, the big server reaching the Indian Wells semi-finals and the St Petersburg final last Sunday.

Fritz — who tore his meniscus on the last point of his defeat by Dominik Koepfer at the French Open in June — says his hot run is down to his mentality.

“My forehand really has become such a weapon that I can rely on.”

As for the challenge that faces him in the shape of Djokovic Fritz shows little sign of being intimidated.

“You know, third time this year.

“I felt like the first two this year have been pretty close matches.

“Obviously now I am playing my best tennis, so I think if there was a time, it would be now that I can really push him.”

Norrie’s defeat left the 26-year-old Indian Wells champion requiring results to go his way in Paris if he is to remain a contender for the season-ending ATP Finals.

Both Casper Ruud and Hubert Hurkacz can seal the final two spots — the former if he wins later on Thursday and the latter if he wins his quarter-final on Friday.

Norrie says he will still go to Turin — where the finals take place — as one of the two alternates even if he fails to qualify automatically.

The South Africa-born Norrie took great pride in his season that has seen him rise from the obscurity of 71 in the world at the turn of the year to 13.

“It’s been a great season so far, and I have really enjoyed the runs that I have had and the tournaments that I have played,” he said.

Were Fritz to go further he will not be facing Koepfer — bringing back unhappy memories — in Paris as the German’s good run in the Masters came to an end on Thursday.

Koepfer who had lived up to the term lucky loser — having got his berth when Jenson Brooksby dropped out on Monday — having beaten former world number one Andy Murray and then ninth seed Felix Auger-Aliassime.

The left-hander looked as if he would maintain his run when he took the first set against Polish seventh seed Hurkacz.