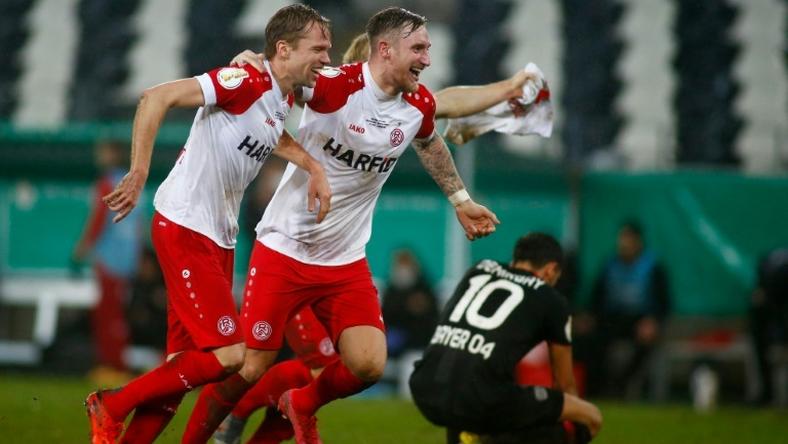 Jamaica international Leon Bailey put the Bundesliga team ahead in the 105th minute of the last-16 tie, but Essen levelled soon after with a goal from Oguzhan Kefkir.

Unbeaten since February 1 of last year, Simon Engelmann scored the winner for Essen on 117 minutes as the lowest-ranked team left in the competition claimed another scalp following wins over Arminia Bielefeld and second-tier Fortuna Dusseldorf in previous rounds.

Essen, who are currently second to Borussia Dortmund’s reserves in the Regionalliga West, won the German Cup in 1952-53, the first edition of the tournament after World War II.

Bundesliga 2 side Holstein Kiel, who knocked out holders Bayern Munich in the last round on penalties, outlasted Darmstadt 7-6 in another shootout following a 1-1 draw.