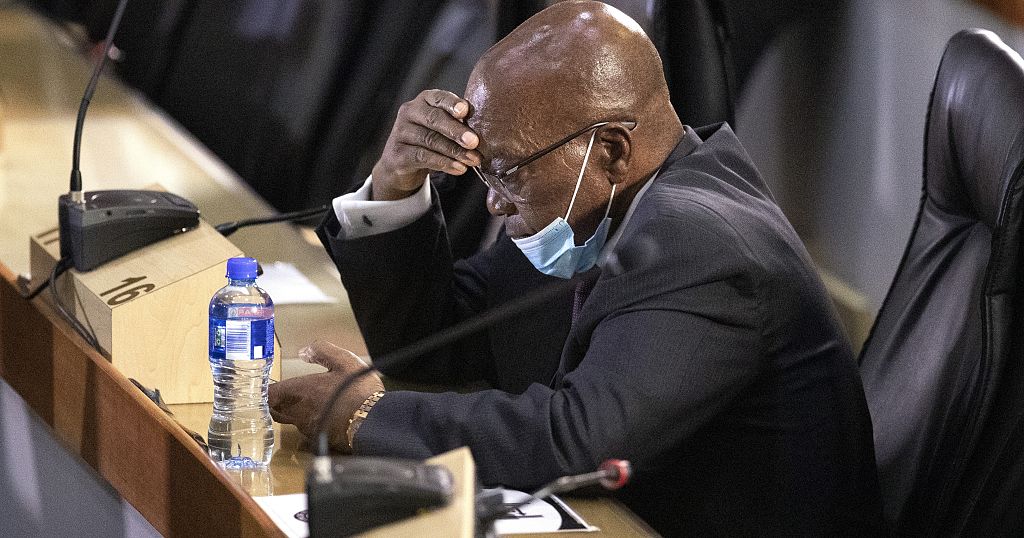 Former South African president Jacob Zuma could face jail time or a fine after he left the Zondo commission of inquiry without permission.

Zuma who was seeking what he called an “impartial” judge, had accused Judge Raymond Zondo of bias and demanded he recuse himself. He instead walked out of the panel during session.

“By walking out without permission, by refusing to answer questions, by not pitching when he was summonsed, Zuma and in fact his legal team have committed criminal acts. Now for these he could be arrested, he could be tried. The sentences, the possible sentences are fairly low, a six month imprisonment or a fine,” Cathleen Powell, associate professor in public law at South Africa’s University of Cape Town explained to AFP

Zondo, has headed the judicial inquiry commission since it was set up in early 2018, when Zuma was still in office.

But relations between the two men have been frosty over the past year. The former president also risks a hefty fine and might be compelled to testify in the graft case.

“The other option is that Zondo exercises the power he would have as a judge in the high court. Which is the power to imprison somebody in order to force them to give evidence. So the coercive powers of judges in the high court to issue a subpoena, which means under penalty?'” Cathleen Powell exclaimed.

Zuma faces 16 charges of fraud corruption,money laundering and racketeering linked to the 783 payments to the french arms company Thales in connection to a 1999 arms deal.