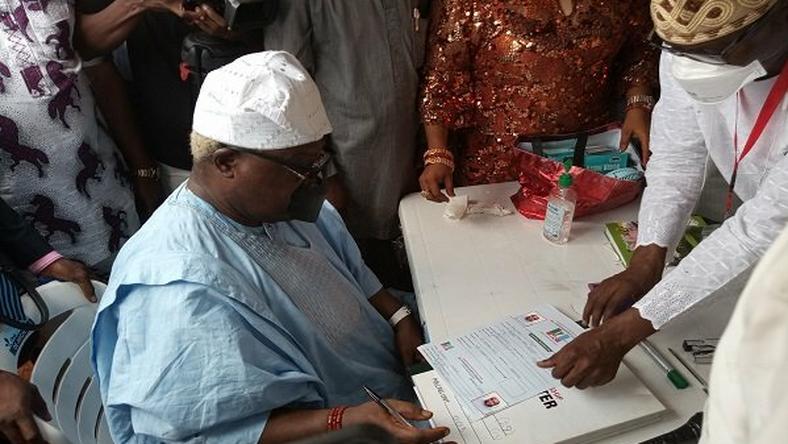 He formally joined APC when he completed his registration at his unit in Moore, Ile Ife on Monday, February 15, 2021.

His defection comes as no huge surprise as he teamed up with the APC during the 2018 governorship election to help his then-opponent Governor Gboyega Oyetola secure victory.

He has been an influential figure in the governor’s administration since then, the fulfillment of an agreement reached for his cooperation.

Omisore had contested in the election as the candidate of the SDP but finished a distant third in the original election which was deemed inconclusive by the Independent National Electoral Commission (INEC).

His support for Oyetola was pivotal to the APC candidate’s eventual victory over Senator Ademola Adeleke, the candidate of the Peoples Democratic Party (PDP), in a supplementary election.

The former senator had dumped the PDP for the SDP only months to the election after he lost the party’s ticket to Adeleke.

He was the PDP’s governorship candidate in 2014 in an election he lost to Rauf Aregbesola.

Omisore served as the state’s deputy governor between 1999 and 2003 alongside Governor Bisi Akande on the platform of the Alliance for Democracy (AD) a defunct party that eventually merged with others to form the APC.