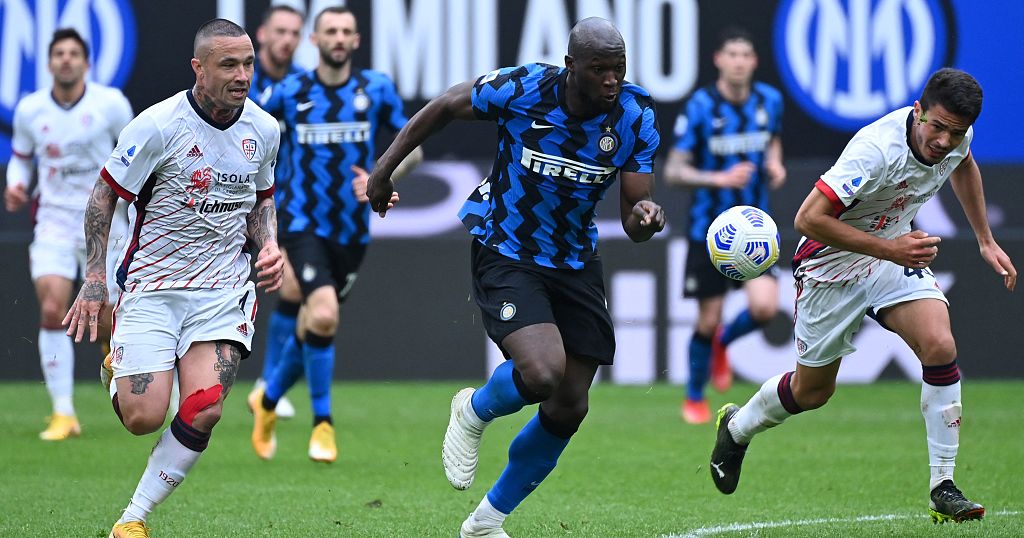 Spearheaded by the man of the moment Romelu Lukaku, Inter Milan are storming to the Serie A crown.

The team moves 11 points clear after a 1-0 win over Cagliari on Sunday. Antonio Conte’s men are now on the verge of putting an end to Juves’ extraordinary nine-title winning streak.

Lukaku, a Belgian of Congolese origin, has scored 21 goals in 29 appearances this term, which is fewer goals than Cristiano Ronaldo, who has 25.

But Sunday’s match was deadlocked until the last 13 minutes. An effort by Stefan de Vrij’s effort hit the crossbar in the 69th minute.

But Lukaku made light work of Italian football and a rare goal from full-back Matteo Darmian cemented their win.

Meanwhile defending champions Juventus eased to a 3-1 victory over Genoa on Sunday.

Their took the lead inside 22 minutes thanks to goals from Kulusevski and Morata, the Spanish striker converting after Cristiano Ronaldo hit the post.

The result keeps the faint dream alive that they could make it 10 successive Serie A titles this season.