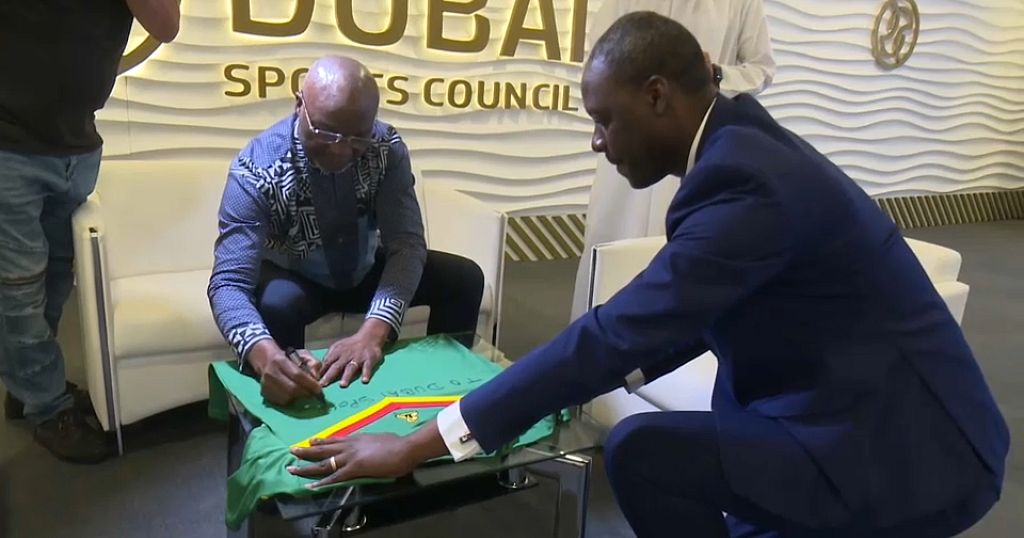 Footballing legend Roger Milla told SNTV on Thursday that he’s certain January’s Africa Cup of Nations will be a success and that the ‘huge infrastructure’ put in place in his native Cameroon will be of significant benefit to the youth of Africa.

In a wide-ranging interview during a visit to the Dubai Sports Council (DSC), the 1990 World Cup star said that Cameroon has been ready to host the CAN since before the pandemic and although he recognised that there has been a relative decline in the strength of traditional African powerhouses such as Cameroon, Nigeria, Cote d’Ivoire and Egypt, he hopes CAF president Patrice Motsepe can turn the situation around.

Milla also aimed a few blows at European football administrators and their reluctance to recognse African players at award ceremonies.

“In my opinion, what Mohamed Salah is doing now is wonderful and extraordinary, and what Sadio Mane is doing as well, they must be effective if we want football to develop, especially in Africa,” Milla added. “Those in charge of these football institutions must be honest and admit (their quality).”