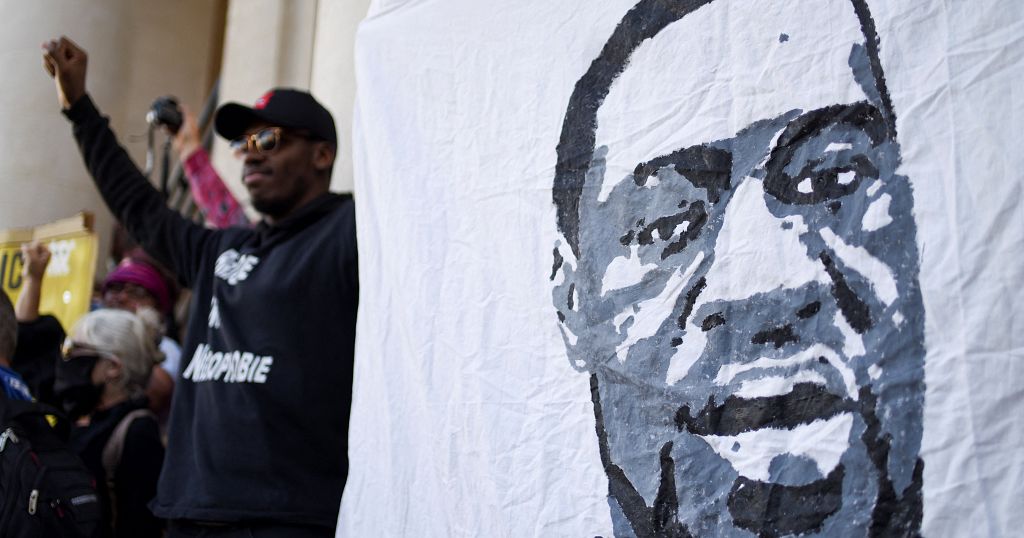 The guilty verdict in the trial over George Floyd’s death was not just celebrated in America but also in South Africa.

A civil rights activist who organised Black Lives Matter protests in South Africa said on Wednesday he welcomed the conviction of a former United States police officer for the killing of George Floyd.

“We welcome the verdict of guilty on the perpetrator and the murderer of George Floyd. (…) What we’re looking for now is a harsh sentence that is befitting to the crime, which is murder,” said Themba Masango, Secretary General for Not In My Name South Africa.

Former Minneapolis officer Derek Chauvin was convicted on Tuesday of murder and manslaughter for pinning Floyd to the pavement with his knee on the Black man’s neck.

The incident triggered worldwide protests, violence and a furious reexamination of racism and policing in the U.S.

The verdict in the Chauvin trial has special resonance in post-apartheid South Africa.

Themba Masango, the secretary general of civil rights movement Not In My Name, said he was encouraged to see that “justice” had been served.

_”There are way too many cases of police brutality here on our shores in South Africa, and we are really hoping that our government and the police in South Africa will actually take the issue of police brutality seriously, especially when it comes to, peaceful protests. We cannot afford to have police have heavy handed tactics like they used to in the apartheid days,” _Themba Masango further stressed.

He called on the South African government to take lessons from the verdict saying he felt there were “too many cases” of police brutality in the country.

This comes after police shot dead a Black teenager as she charged at people with a knife, the incident triggered protests through the streets of of Columbus, Ohio on Wednesday night.