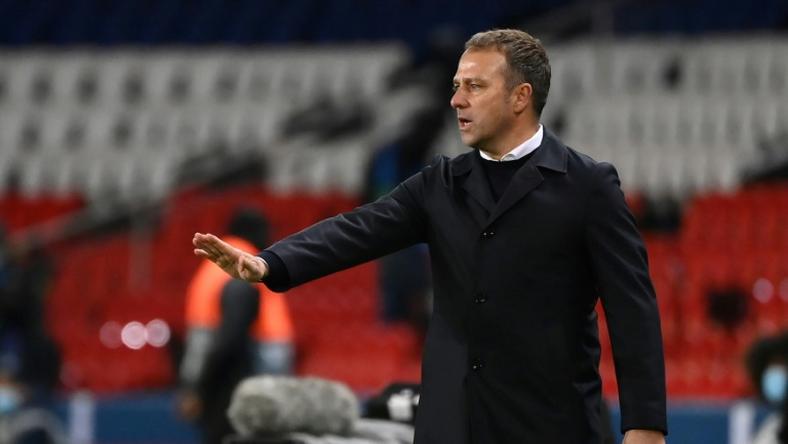 Bayern’s 1-0 return-leg win in Paris on Tuesday was not enough to overturn last week’s 3-2 first-leg defeat in Munich as PSG marched into the semi-finals at the Germans’ expense.

“Everyone understands that I am thinking about my future,” Flick told Sky after Bayern striker Eric Maxim Choupo-Moting scored the only goal on Tuesday.

Flick has been under noticeable strain in recent weeks with tensions running high between him and Bayern sports director Hasan Salihamidzic.

The 56-year-old Flick has also been tipped to become Germany’s next head coach when Joachim Loew steps down after the Euro 2020 finals this summer.

For now, Flick, whose Bayern contract runs until 2023, says he “first wants to process the elimination” and “assess the situation. I also have my own ideas.”

Ultimately, a PSG side boasting the talent of Neymar and Kylian Mbappe was too good for a depleted Bayern team missing their injured top-scorer Robert Lewandowksi.

However, elimination from both the Champions League and German Cup, means only the Bundesliga is still in play with leaders Bayern five points clear and on course to win the German league for the ninth straight year.

Flick hinted he is unhappy with the situation at Bayern, “my family, no matter what I would do, would always support me… what matters to them is that I enjoy my job”.

Clear the air talks are planned in Munich between Flick and Bayern board member Oliver Kahn.

No date has been set, “but I have time. If he (Kahn) feels like chatting with me, he’s welcome to do so,” Flick added.

Before kick-off in Paris, Flick was eager to play down his feud with Salihamidzic.

“This is not about ‘Brazzo’ (Salihamidzic) or me, it’s about the club. He does his job, I do mine,” said Flick.

“We are concentrating on what is important for the club. There is always too much being read into” tensions between the pair.”

With their dreams of defending the Champions League now ended, Flick says winning the Bundesliga is “our minimum goal and not a consolation prize”.

The team has to brush off the disappointment and focus on winning on Saturday at Wolfsburg, who are third in the Bundesliga table. “We have to function again,” said a glum-faced Flick.