The Caretaker Secretary of the All Progressives Congress (APC) in Osun State, Rasaq Salinsile and former Chairman of the party, Adelowo Adebiyi and five others have been arraigned before an Osogbo Magistrate’s Court.

The suspects are leaders of a caucus group in the Osun chapter of the APC.

Recall that some members of the APC on August 14 besieged the party secretariat to submit petitions as the party’s Ward Congress Appeal Committee resumed sitting at the Party’s Ogo-Oluwa premises in Osogbo. 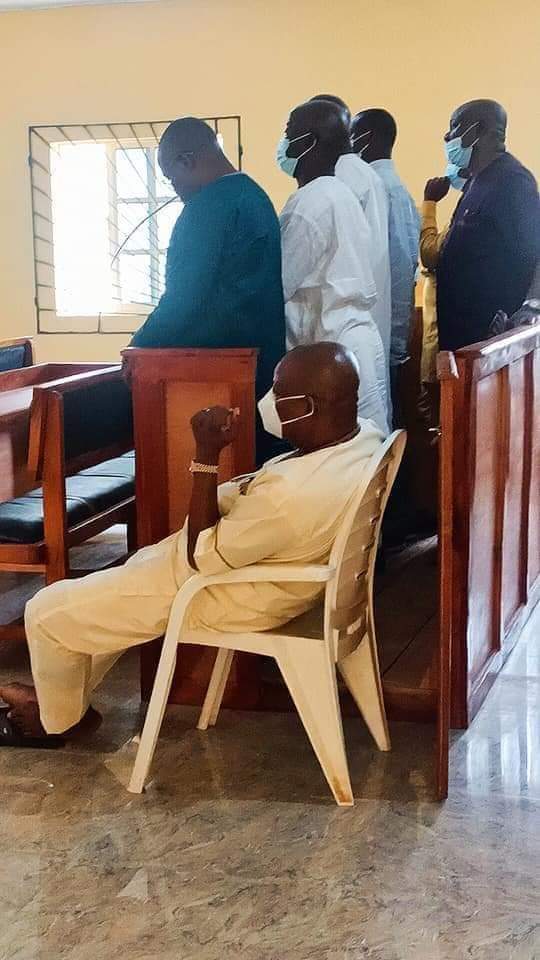 But political thugs allegedly attacked members of the APC, outside the premises leading to the arrest of suspects

The defendants were charged for assault occasioning harm and thereby committed an offence contrary to and punishable under Section 516 and 355 of the Criminal Code Cap 34 Vol. Il laws of Osun State of Nigeria 2002.

According to the charge sheet, the defendants were on August 14, at about 1:30 pm at Ogo Oluwa, Osogbo allegedly assaulted one Hamzat Lukman Babatunde by hitting him with stones on his head.

The stalwarts of APC were also charged for allegedly assaulting another person, Ajetumobi Muldeen by hitting him with parts of broken plastic chairs on his head, which caused him harm

The defendants pleaded not guilty to the three-count charge labelled against them.

The defence counsels, N. A Adediran and Abdulfatai Abdulsalam sought their bail.

The case was adjourned till September 24 for mention. 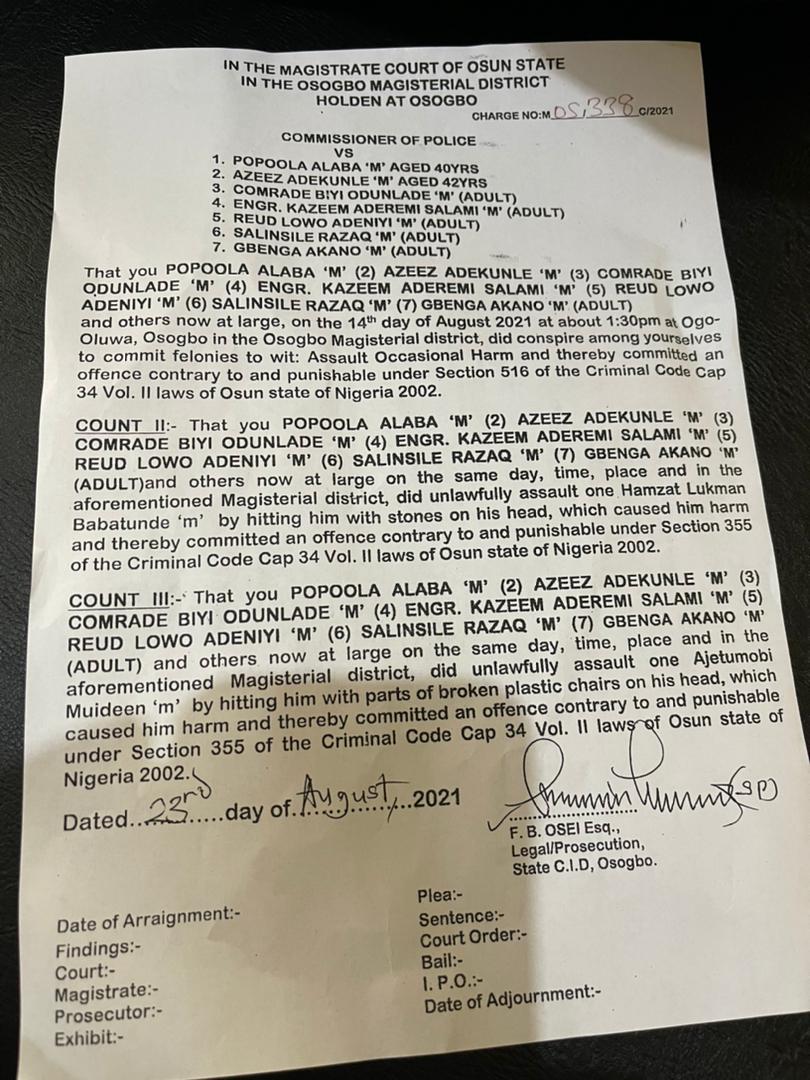