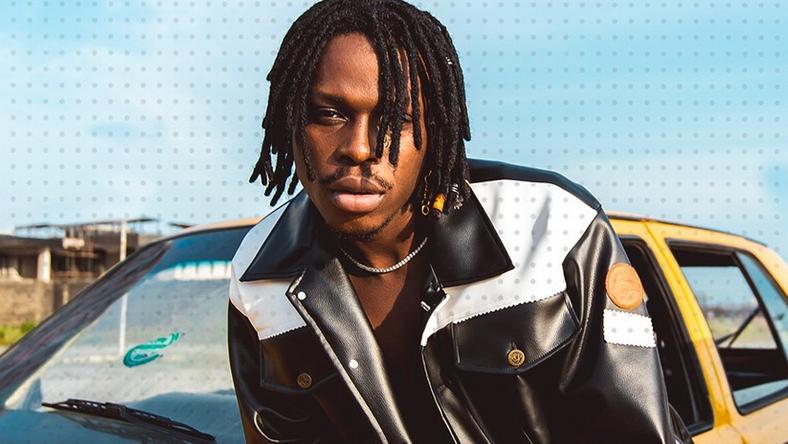 Born Adedamola Adefolahan, Fireboy DML used to be simply known as DML. In those days, he featured on Cheque’s EP, when both were undergraduates at the prestigious Obafemi Awolowo University, Ile-Ife. A little while later, he attended the same songwriting academy with fellow artist, Joeboy.

Then he moved in with Mystro and wrote the hit single, ‘Immediately’ before collaborating with his best friend, Oxlade on the vocal show-off, ‘Sing.’ Word on the street has it that at the time, Fireboy was asked to move out of an apartment.

He also released the R&B record, ‘King.’ He kept working and then got discovered by Olamide and Seyi Tinubu. He sang about his on ‘Lifestyle,‘ off his award-winning sophomore album, ‘Apollo.’

ALSO READ: Full list of winners at the 14 Headies

He released the smash hit single, ‘Jealous‘ as the least heralded member of Olamide‘s YBNL 2.0 generation. The song came off the YBNL Mafia Family album, on which Fireboy featured alongside Yomi Blaize, Picazo Rhap, Lyta, Limerick, Davolee and Temi Ovwasa.

His success in those days at YBNL and the fact that Olamide made a calculated business decision to sign him led to friction within the YBNL camp. One by one, the other artists left and Fireboy was left on the label. He then released ‘What If I Say,’ to moderate success.

During this period, his style was simple, yet avant-garde. It was characterized by short dreads. But as he moved to release his debut album, Laughter, Tears and Goosebumps, his dreads got slightly longer while he retained his teenage boy looks. His music was also filled with dreamy love songs that captured the hearts of Nigerian women across the nation.

Between that moment and his sophomore album, he started releasing more artistically expressive videos for his singles, ‘New York City Girl,’ ‘Tattoo’ and especially ‘ELI.’ he also started featured on more songs for Reminisce, Cuppy, Tiwa Savage on the original version of ‘Temptation,’ Olamide, DJ Spinall and Peruzzi.

His style got more experimental and more avant-garde. His dreads got longer, he used his Twitter page more – albeit still sporadically, he painted his nails black and outfits experimented with gothic fashion of the 2000s and workforce style, aided by jewelry.

While many have stated that his generation ran with the alte aesthetics, the words of DRB Lasgidi member, Teezee on Loose Talk Podcast will always ring true. He said, “To the average young Nigerian wherever you are, ‘alte’ is your natural fashion disposition just like what we can ‘alte’ in Nigeria is just everyday fashion in London.

“These kids grew up on the internet and they consumed way more material. Their [divergent] style is only inspired by the things they’ve consumed. Nobody is copying anybody, these boys are just living. That’s why boys across Lagos are very [avant-garde] with their fashion and color these days.”

On ‘Apollo,’ Fireboy came off age. He became blunt, carefree and even snobbish. While he mostly sang about love on his debut, songs like ‘Afar’ and ‘Lifestyle’ showcased different Fireboy.

He was more aloof, open and topically ruthless. The diversity of his music and the topical growth will make ‘Apollo’ the better of his two albums to a lot of people.

But to him and at 25, he’s only growing. In February 2020, his label boss Olamide announced a deal with EMPIRE. Months down the line, ‘Champion’ got used by European Champions Bayern Munich.

Fireboy also made the major cut for FIFA 2021 while he began 2021 with a performance on The Tonight Show with Jimmy Fallon. With D Smoke’s recent sojourn in Nigeria, evidence points to EMPIRE’s intention to push ‘Champion’ with a video.

On February 21, 2021, he continued a legacy. By winning Album of The Year, Fireboy became the second YBNL act to win the award.

His album, ‘Apollo’ also becomes the fourth YBNL album to nab Album of The Year after Olamide won for three consecutive albums between 2013 and 2015; YBNL, Baddest Guy Ever Liveth and Street OT.

The last Nigerian artist to win five in a night was Wande Coal, at the 2010 edition of The Headies. Many in his generation are still trying to maintain one album, but this was the night that Fireboy jumped ahead of the queue.

It’s not that Fireboy cares though. On ‘Airplane Mode’ off ‘Apollo,‘ he sings that, “I’m bot trying to be the number one, so many legends dey, I’m just trying to be another woman… Too much beef, when I nor be mallam...”

But before all that, he sings that, “I be different breed, my type no be normal one…”

He knows that he’s special. He’s the king now… To be reviewed later.