The popular filmmaker from the Amata family revealed this via his Instagram page on Thursday, June 17, 2021.

According to him, Mbong has been missing from social media since January and has not been in contact with their daughter, Veno, who is worried about the whereabouts of her mum. 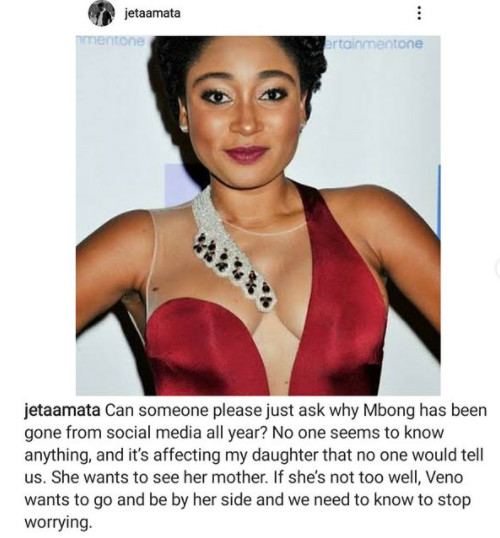 Amata says nobody has heard from his ex-wife since January. Pulse Nigeria

“Can somebody please just ask why Mbong has gone missing from social media all year? No one seems to know anything and it’s affecting my daughter, that no one would tell us” he wrote.

“She wants to see her mother. If she is not well, Veno wants to go and be by her side and we need to know to stop worrying.”

The last time Mbong posted a photo on her Instagram page was on January 17.

Jeta and Mbong were married for five years before their marriage crashed in 2013.

The former beauty queen turned actor revealed in an interview years after that getting married at a very young age with a promising career affected her marriage.