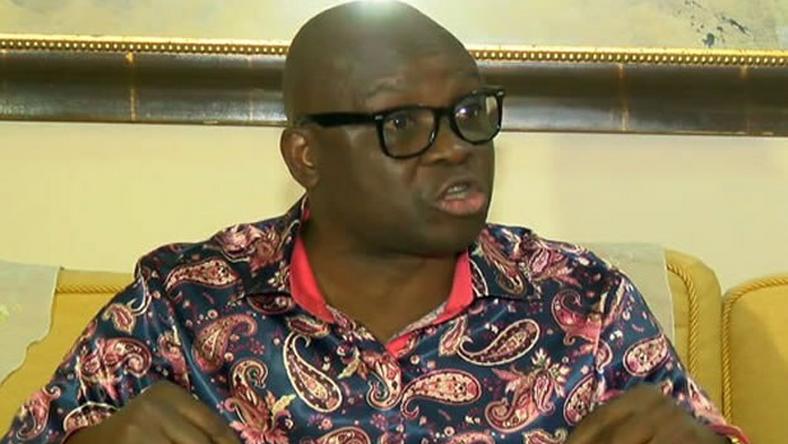 At the end of the congress which held in Osun State on Monday, April 12, 2021, Ambassador Taofeek Arapaja, the candidate supported by Governor Seyi Makinde faction emerge as the new South-West Zonal Vice Chairman of of the party with 343 votes, while Dr Eddy Olafeso backed by the camp of Fayose got a total of 330 votes.

However, Fayose while speaking on Channels TV Politics Today programme on Wednesday insisted that the election was rigged.

The former governor maintained that Mulikat Adeola-Akande, a former Majority Leader of the House of Representatives, identified dead and sick people on the accreditation list.

He said, “The leader of the transport union in Oyo State came to the venue publicly looking for my head. It was public knowledge.

“By the accreditation, they initially said Oyo state had 115 people list, 104 accredited. Out of 104, 82 people voted. At the end of the exercise, the accreditation was 675, publicly announced.

“When you look at the alphabet, you will realise that a game was obviously going on.

However, Fayose said he accepted the outcome of the congress because he was not ready to defect to another party.