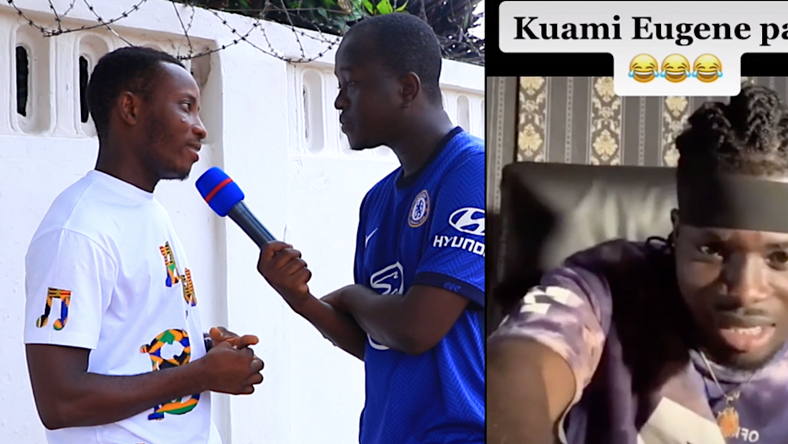 It will be recalled somewhere in 2020, VGMA Artistes Of The Year Kuami Eugene invoked a curse on a fan on his live video on social media.

Baffoe, confirmed in an interview with Blagogee.com, that he’s a musician with the stage name Bibiota and Kuami Eugene who cursed him and his family for 600 years should understand showbizness.

According to him, What Kuami Eugene did has seen his family not happy about the curse.

When asked what led the 2020 VGMA Artiste Of The Year To Curse him? He said “I released a song christened ‘Tell Me’ and posted on my Facebook that my latest song sounds better than Kuami Eugene”.

“… What I did was to let my fans and Kuami Eugene fans to download and stream my latest song I released”, he affirmed.

Bibiota pleaded with Kuami Eugene to forgive him and wish he can revert the curse and yearns for a collaboration from him.