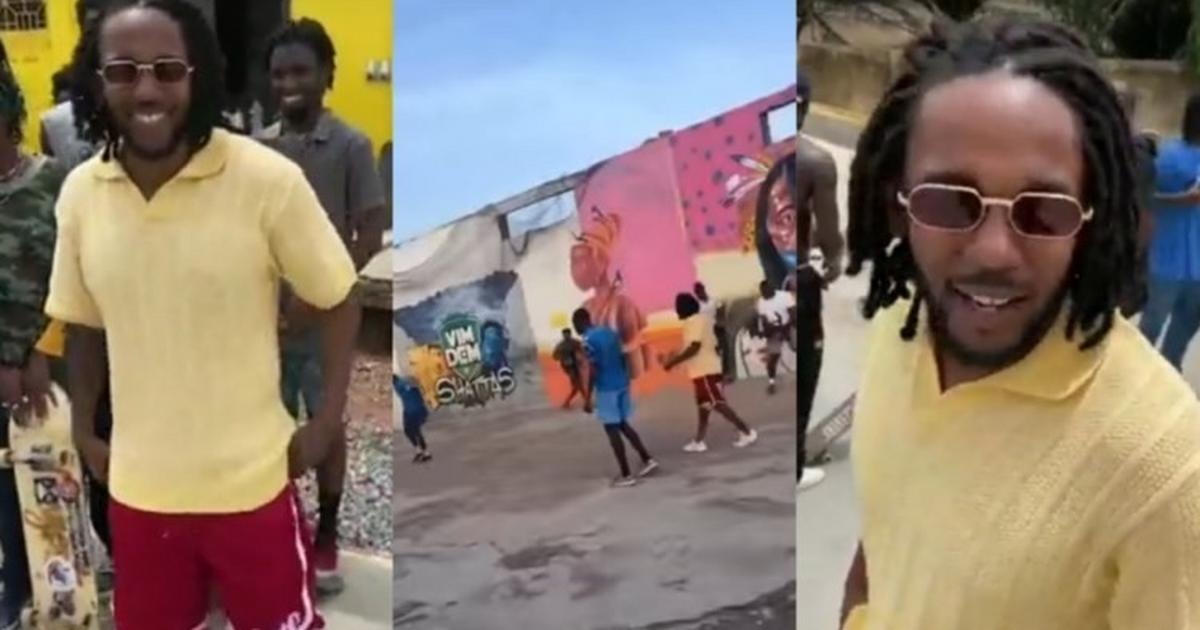 Upon seeing this, some Ghanaians expressed awe. To some of them, the ‘Alright’ crooner does not perceive fame as other people see it.

His presence in the country has evoked many reactions from his fans and other music lovers.

Kendrick, who is also a songwriter, record producer, and the only rapper who has won the Pulitzer Prize for Music has been seen shooting some scenes of his music videos at the Laboma beach in Teshie on the Accra-Tema beach road.

He has also been seen signing autograph for fans whilst on duty shooting his video.

As part of his many activities, he went to a game centre to play video games with some children in Jamestown.

Photos of the rapper that suggested he was in Ghana surfaced on the internet about three days ago, although the exact day he arrived is not yet known. It sent netizens into a frenzy.

Kendrick Lamar was already among the most talked about people on social media during that time because of the anticipation towards the release of his album. ‘Mr. Morale & The Big Steppers’ was released the midnight of the day he was spotted in the country.