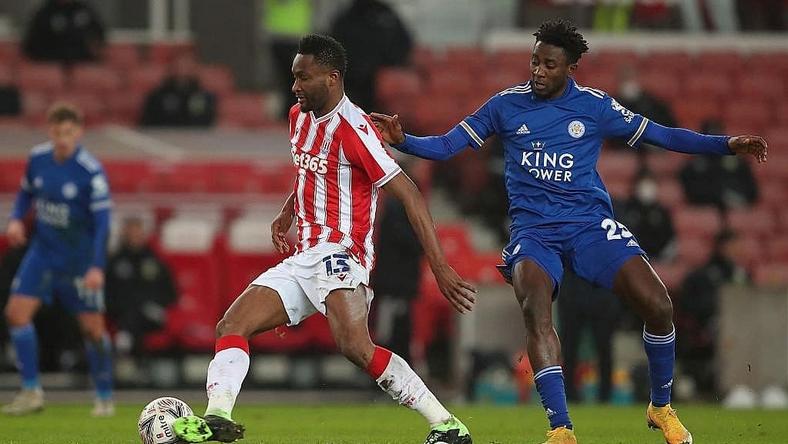 We review the performances of these Nigerian players in action on Saturday.

Nigerian defender Semi Ajayi got on the scoresheet but did not have an overall satisfactory performance as West Brom lost on penalties to third-tier side Blackpool.

Ajayi’s goal came in the 52nd with a fine header off a cross to level the score 1-1 for West Brom. The goal was the only bright spot in his performance of the afternoon.

Playing in the defensive midfield role, the 27-year-old seemed not familiar with the role.

He was sloppy on the ball on more than one occasion in the early stages and could have seen a yellow card for a reckless sliding challenge.

Ajayi showed a lot of unsureness in what he was supposed to do at times in the game, in the 66th, he didn’t show enough positional discipline in the lead up to Blackpool’s second goal.

There was a clash of Nigerians in midfield as Wilfred Ndidi and Mikel Obi went head to head in the middle as Leicester City showed their superiority with a 4-0 win at Stoke City.

There’s much to the game itself as Leicester City expectedly dominated second-tier side Stoke City.

There was a Nigerian interest in midfield as it had the old (Mikel) vs the new (Ndidi). With both playing in midfield for their respective sides, Ndidi and Mikel cashed several times in the game.

Another Nigerian, Iheanacho was also in action as he was introduced in the 82nd minute.

Ola Aina played all 90 minutes of the game and was solid in defence as Fulham progressed to the fourth round with a 2-0 win away at Queens Park Rangers in a game that went into extra time.

Alex Iwobi played 61 minutes as Everton struggled to beat Championship side Rotherham 2-1 in a game that stretched into extra-time.

Iwobi didn’t have good moments in the game.

Chuba Akpom was on from the start and was taken out in the 90th minute as Middlesbrough lost 2-1 away at Brentford.

At Old Trafford, William Troost-Ekong played the whole 90 minutes as Watford lost 1-0 to host Manchester United. Ekong and his defensive partners did well in the game and only conceded a goal from a corner kick.