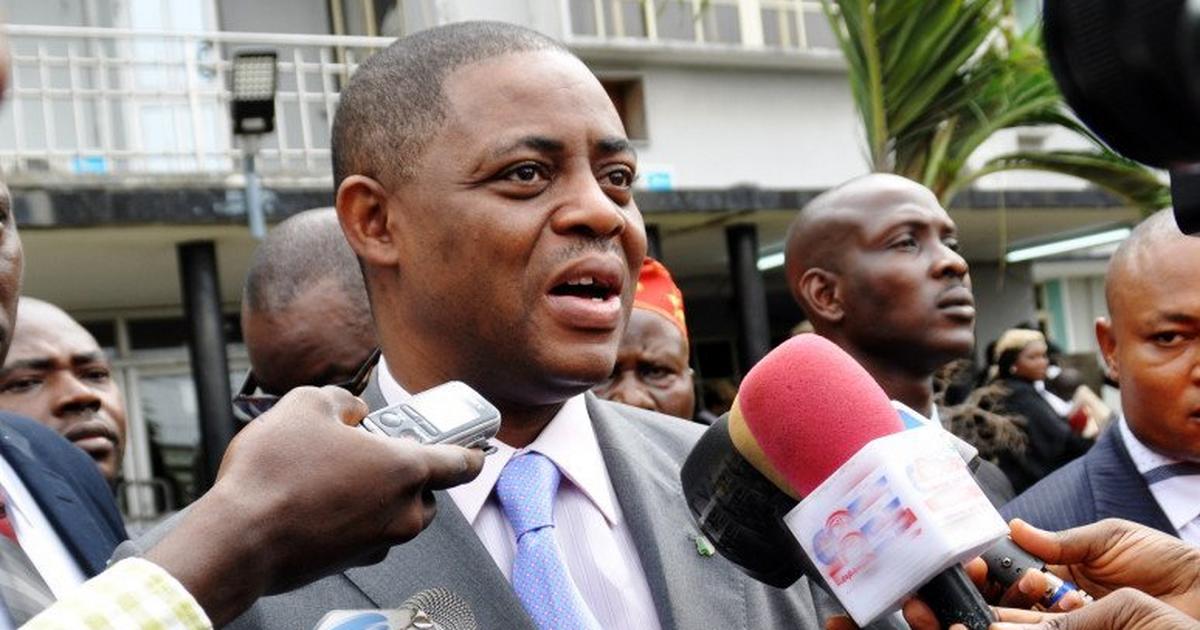 I once watched a video of a dog barking at a lion and lioness who did not respond in any way. One would wonder, is it possible that there is some politics at play here? The dog in question is barely up to a quarter of the lions’ size, but it pranced away after its affront unharmed. Was it that the lions were not hungry? Was it that they just could not care for such small nuisance? Did this dog have something on them? We would never know.

There is something about the jungle of human politics: power is traded in various forms. You may inherit power, you acquire it through an election, and the masses may position you to be powerful through expression of sentiments. For Charles Eyo of the Daily Trust, his encounter with Mr. Femi Fani Kayode moved him to a crucial point in his career where he has a chance to ride the storm like a skilled sailor on the ship of the public support that he has enjoyed so far. His case is a curious one.

In Africa, only a few journalists can face down politicians, and the same applies to politicians when they face world powers who meddle with the political and social systems in their countries. Everyone is afraid of retribution and some have said that Eyo’s apology to Mr. Femi Fani Kayode in the viral video of their encounter was born from a valid fear of such retribution. As we know, journalists and thought leaders in our country are expected to only speak carefully and avoid pushing certain narratives when addressing politicians. Doing otherwise might not end well.

Eyo defied that silent-humility narrative and asked a question that the politician in Mr. Fani-Kayode deemed unacceptable. Eyo, a powerless man of the pen dared to what any Nigerian would have loved every Nigerian politician to answer. He wanted Mr. Fani-Kayode to be accountable and this put him on the side of the masses.

His question was not an ordinary one though. It was symbolic, addressing one of the most pressing issues that cut across our national fabric. Should leaders and politicians be accountable to the public? In a country where the youth cannot afford good homes or mortgages, cannot pay their way through an education, and cannot finance their SMEs, it is a critical question to ask. “Following the money” is more than an ordinary rhetoric for Nigerians. So Eyo asked right. Nigerians needed to know whose he was spending. Like most politicians, he did not think it was Nigerian’s business, underlining the lack of accountable leadership.

This is where the story gets interesting. Due to the unfair treatment he faced and the storm that followed, the public gave him Public Power and the spiral of events that followed continue to show how powerful public perception and sentiment channelled through the social media has become. People are becoming more aware of the power of democratised platforms for airing their voices, and they are using them. This is why Nigeria’s Cybercrimes (Prohibition, Prevention, Etc.) Act 2015 and the Protection from Internet Falsehood and Manipulation Bill 2019 seem like attempts by Nigerian leaders to shackle this new power.

Democratized platforms, the internet and social media in particular, will continue to play a huge role in questioning how public officials comport themselves. However, there we will need a systemic approach, so that do not all speak like a rowdy bunch at the same time and risk amplifying rabble-rousing voices at the expense of the important ones. This is the reason journalists and thought leaders like Eyo are important to the revolution that we seek in the Nigerian public space.

Fortunately, this unprecedented outcome for Mr. Eyo – leading to a televised, initially selective but later unreserved, apology from a politician, clearly indicates that the masses have a power they can harness for public good. It also means that journalists can get protection through the visibility that internet spaces provide. As I noted earlier, retribution is a valid fear when it comes to battles with politicians, which is why there have been public calls to protect Mr. Eyo.

Public power forced Mr. Fani-Kayode to seek penance for his show of unbridled power. Politicians have always feared public power. This is why they make many laws to stifle it, attack outspoken people and compromise thought leaders. This is why Eyo’s case is significant for Nigerians as well as the offended journalist. We have solid evidence of our power and it will continue to be important if used to amplify the right voices. Those who can speak, including journalists like Mr Eyo, must position themselves and read public sentiment accurately when deciding how and when to bark at the lion without fear of death.

About the author: Oladeji Jonathan Damilola is a Nigerian living in South Africa, where he is pursuing a Ph.D. in Real Estate at the University of Pretoria. He is co-author of Life’s Chrysalis, a past winner of the Biopage International Essay Contest and founder of Creative Freelance Writerz-Africa. He has written for platforms like The Guardian News Nigeria, Sahara Reporters, Tuck Magazine and others. He plays the saxophone.

The views and opinions expressed herein are the private views of the contributors and do not reflect the views of the organization Pulse.

1 thought on “Eyo vs FFK: Nigerians have a power politicians fear”