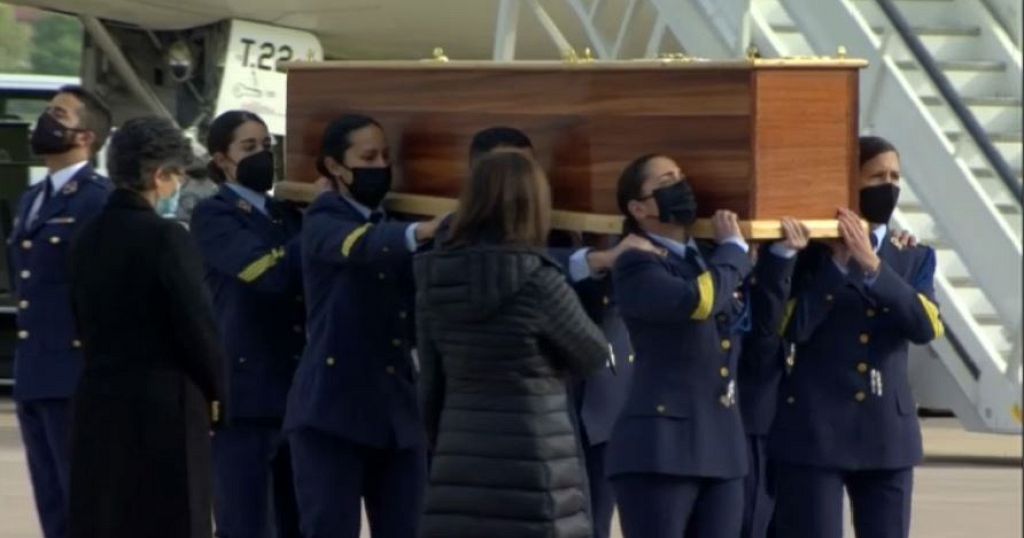 The bodies of two Spanish journalists and an Irish wildlife activist killed during an anti-poaching patrol in Burkina Faso were repatriated early Friday aboard a military plane.

Journalists David Beriain and Roberto Fraile were accompanying Rory Young, head of the Chengeta Wildlife group, in the Arly National Park on Monday when they were attacked.

Security sources said the assailants had approached the group, which also included soldiers and forest rangers, in pickup trucks and on motorbikes.

The three Europeans were initially reported missing and the subjects of a major search, but the Burkina authorities said Tuesday they had been “executed by terrorists.

An Airbus 310 jet belonging to the Spanish air force touched down shortly after midnight Friday in the capital Ouagadougou then took off again two hours later with the three bodies on board, according to AFP journalists.

They arrived at the airport in large wooden coffins each bearing the name of the victims and were taken directly onto the tarmac before being placed in the plane under the supervision of Spain’s consul to Burkina Faso.

Spain has called on Burkina Faso to investigate the murder.

“We have demanded that the Burkina Faso authorities investigate the events, that they clarify them and identify those responsible so they can be brought to justice,” Spain’s foreign minister Arancha Gonzalez Laya told a press conference.

“We don’t want terrible events like this to be forgotten or go unpunished. “

The minister said Spain and Burkina Faso agreed to continue the investigation.

Despite an insurgency claiming the attack, the circumstances of their deaths are unknown.

“We have had a statement from a jihadist group claiming the attack, but this is not enough, we really want the events to be clarified,” Gonzalez Laya said.

Like much of the Sahel, Burkina Faso has been in the grip of an intensifying jihadist insurgency since 2015.

Once largely confined to Burkina’s north, killings blamed on jihadist groups like the Al-Qaeda-linked Group to Support Islam and Muslims (GSIM) and the Islamic State in the Greater Sahara (ISGS) have more recently targeted other parts of the country.

More than 1,300 people have been killed and one million have fled the violence since 2015.

Who were the victims?

The Spanish journalists were David Beriáin, 44, and Roberto Fraile, 47, both from northern Spain, said members of the Reporters Without Borders organization representing the two reporters’ families.

Beriáin was conducting early research for a documentary project on how Burkina Faso’s authorities are tackling poaching, also focusing on the communities of people living in the park, according to media content producer Movistar Plus.

After a life devoted to producing hard-hitting journalistic reports on armed conflicts, violent groups, and traffickers that took Berián around the world, the seasoned journalist and his wife were running a Madrid-based production house responsible for visually harrowing informative programs for some of Spain’s major video platforms.

Fraile, the father of two children, had covered several conflicts as a freelance cameraman, including the decade-long war in Syria. In 2012, he survived an attack in the Syrian city of Aleppo in which he was wounded by shrapnel in the pelvis.

The company identified the Irish victim as Rory Young, director of the Chengeta Wildlife Foundation.