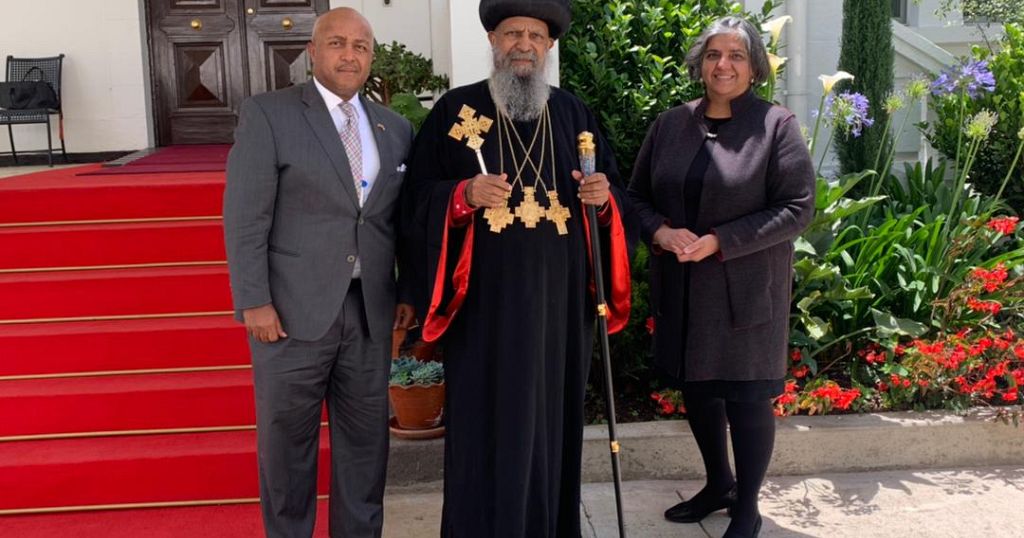 The United States ambassador to Ethiopia on Monday hosted the patriarch of the Ethiopian Orthodox Church after he warned of “genocide” in the Tigray region in his first public comments on the war.

In a Facebook post, the U.S. Embassy said Ambassador Geeta Pasi discussed the humanitarian situation in Tigray with the patriarch, Abune Mathias, as well as his video message released last week and first reported by The Associated Press.

In the message, filmed by an American friend on a mobile phone and taken out of Ethiopia, the church leader said that “they want to destroy the people of Tigray” and said his previous attempts to speak out on the six-month conflict had been blocked.

The patriarch, an ethnic Tigrayan, also said that “many barbarisms have been conducted” these days all over Ethiopia, but “what is happening in Tigray is of the highest brutality and cruelty.” Thousands of people have been killed in the fighting between Ethiopian and allied forces and Tigray ones, the result of a political struggle that turned deadly in November.

The ambassador hosted the patriarch at her residence in Ethiopia’s capital, Addis Ababa, and invited him to attend future interfaith community meetings at the embassy to “further explore and continue their conversation,” the Facebook post said.

It was not clear whether the patriarch requested protection from the U.S. and the embassy did not comment on that. While the U.S. government has been outspoken on the Tigray conflict, notably urging soldiers from neighboring Eritrea to leave immediately, the embassy has been publicly quiet.

The spokeswoman for Ethiopian Prime Minister Abiy Ahmed, Billene Seyoum, did not respond to questions about the patriarch’s comments. The prime minister, the 2019 Nobel Peace Prize winner, has been under growing international pressure as atrocities in Tigray come to light, especially those committed by Eritrean forces, whose presence Abiy denied for months before admitting they were there.

Ethiopia’s government says it is “deeply dismayed” by the deaths of civilians, blames the former Tigray leaders and claims normality is returning in the region of some 6 million people. It has denied widespread profiling and targeting of Tigrayans.

But witnesses have told the AP about seeing bodies strewn on the ground on communities, Tigrayans rounded up and expelled and women raped by Ethiopian, Eritrean and allied forces. Others have described family members and colleagues including priests being swept up and detained, often without charge.