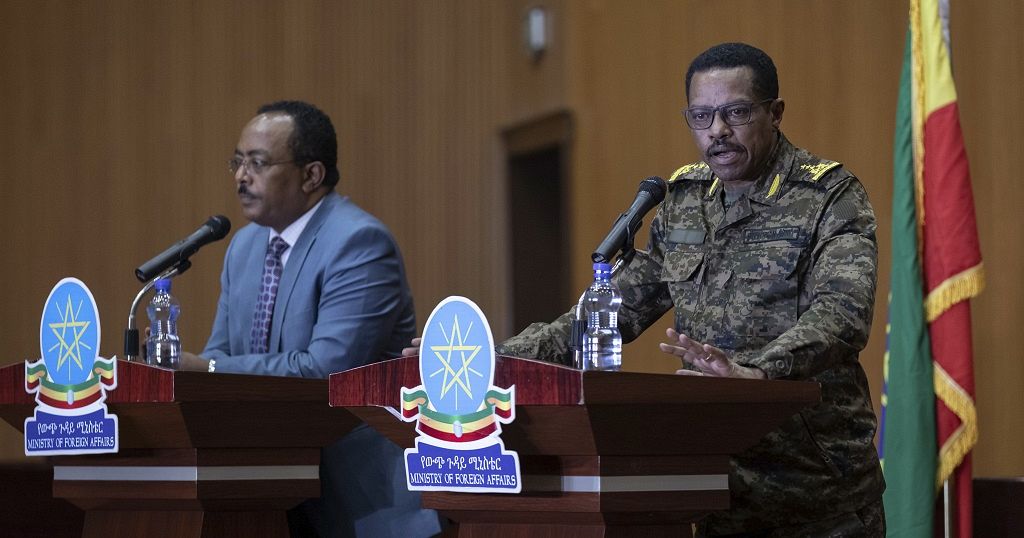 Ethiopia’s leaders sought Wednesday to downplay the significance of the army’s pullback from the regional capital of war-hit Tigray, insisting they could retake the city from rebels whenever they wanted.

Prime Minister Abiy Ahmed said the city of Mekele, captured by Ethiopian forces in November but seized by rebels in a stunning turnaround this week, had “lost its centre of gravity” during eight months of war in Tigray.

“When we see Mekele militarily, it does not have the same appeal as when we went there,” the 2019 Nobel Peace Prize winner said in remarks distributed by his office on Wednesday.

At a press conference, Lieutenant General Bacha Debele said the soldiers’ departure from Mekele was intended to “give relief” to the population — but warned the move could be quickly reversed.

“If they provoke us, we can go back to Mekele today. However the destruction will be worse than before,” said Bacha, a senior officer who has been involved in the Tigray operation.

He said the move came in response to TPLF attacks on federal army bases.

On Monday, though, the army suffered a dramatic reversal when rebels known as the Tigray Defence Forces (TDF) captured Mekele, only about a week after launching a major counter-offensive.

The TDF has since built on its gains and, according to the International Crisis Group (ICG) think tank, now controls most of Tigray.

Getachew Reda, a spokesman for the Tigrayan forces, told AFP Tuesday that their gains represented a military victory, saying “the strongest segment of the Ethiopian National Defence Forces is absolutely destroyed.”

But Redwan Hussein, spokesman for a government task force on the Tigray conflict, described the army’s withdrawal as strategic.

The rebels are “no longer an existential threat to the wellbeing of the nation” and Ethiopia needs to focus on other security challenges, the spokesman said.

On Monday evening, after soldiers left Mekele, the federal government announced what it called a “unilateral ceasefire.”

The move, it said, was intended to facilitate agricultural production and aid distribution.

The TDF, however, has dismissed the ceasefire as a “joke” and vowed to rid Tigray of Ethiopian soldiers and their allies, including Eritrean troops and fighters from Ethiopia’s Amhara region, which borders Tigray to the south.

Getachew said the rebels were prepared to pursue their “enemies” all the way to the Ethiopian and Eritrean capitals in order to “secure Tigray.”

The conflict in Tigray has already left thousands dead and pushed hundreds of thousands to the brink of famine.